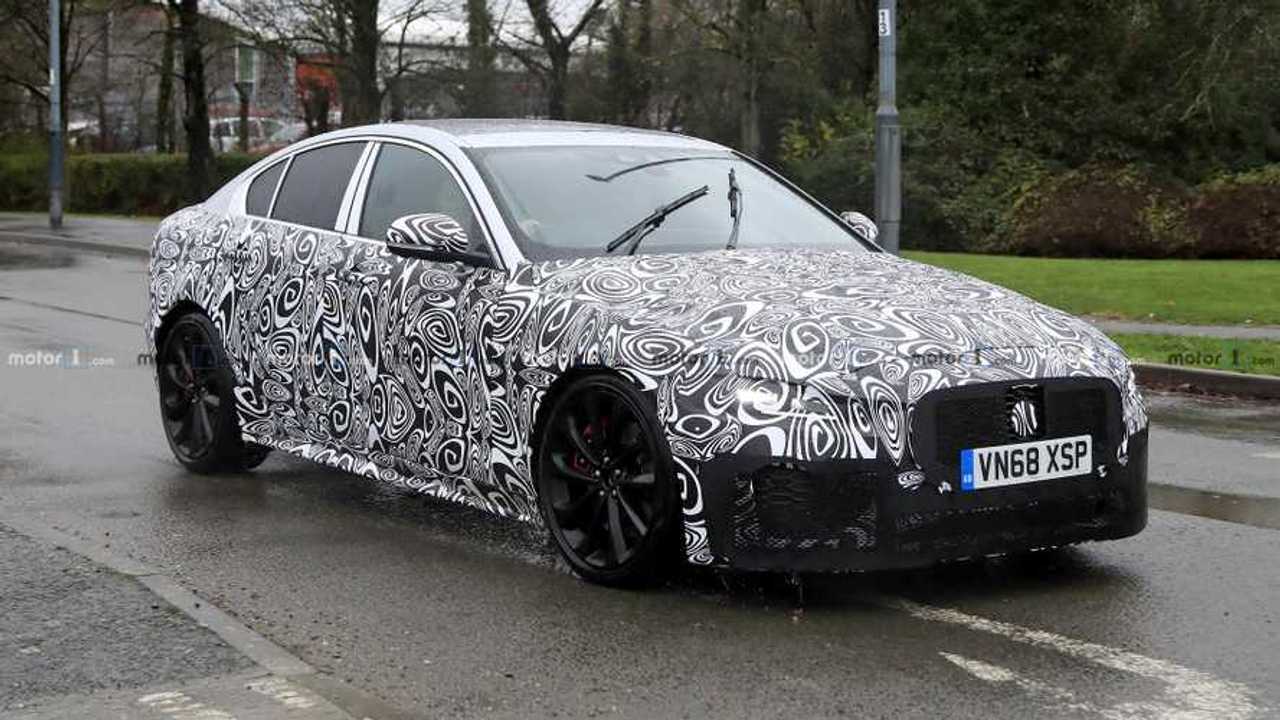 A surprisingly high amount of camouflaged used by Jag for only a mid-cycle update.

Mercedes refreshed the C-Class earlier this year, BMW just launched the new 3 Series, and Audi is about to give the A4 a nip and tuck. Jaguar is not wasting any time either as the British firm is preparing to update their XE sports saloon as evidenced by these two prototypes caught out and about on a rainy day. The generous amount of camouflage might tempt you to believe Jag’s plastic surgeons are performing some massive changes, but in reality, we are not expecting a drastic makeover.

With this being a mere facelift, the 2020 XE is slated to receive mildly updated graphics for the headlights and taillights, along with discreetly tweaked bumpers. Bigger changes could occur inside the cabin where the I-Pace’s Touch Pro Duo infotainment system might be implemented in the cabin of Jaguar’s premium compact saloon for a more high-tech experience.

In order to keep up with the Germans, the XE facelift will likely gain some semi-autonomous driving technologies and quite possibly an extended array of safety systems. Underneath the skin, the engineers have reportedly planned a mild hybrid setup to cut fuel consumption and consequently drive down emissions for the JLR’s array of Ingenium engines. Chassis and suspension revisions could be in the offing as well to further strengthen the XE’s agility.

Estate fans shouldn’t get their hopes up too high as Jaguar is not planning an XE Sportbrake because the segment is already crowded and demand is not that strong in today’s SUV-obsessed automotive world. Also being ruled out is a range-topping SVR, so if you want the hottest version of the XE, see if you can find one of the 300 examples of the 592-bhp Project 8 on the used car market.

The revised XE will debut at some point next year, quite possibly at the 2019 Geneva Motor Show in March before going on sale shortly thereafter.