2020 Mercedes S-Class spotted up close near the Arctic Circle 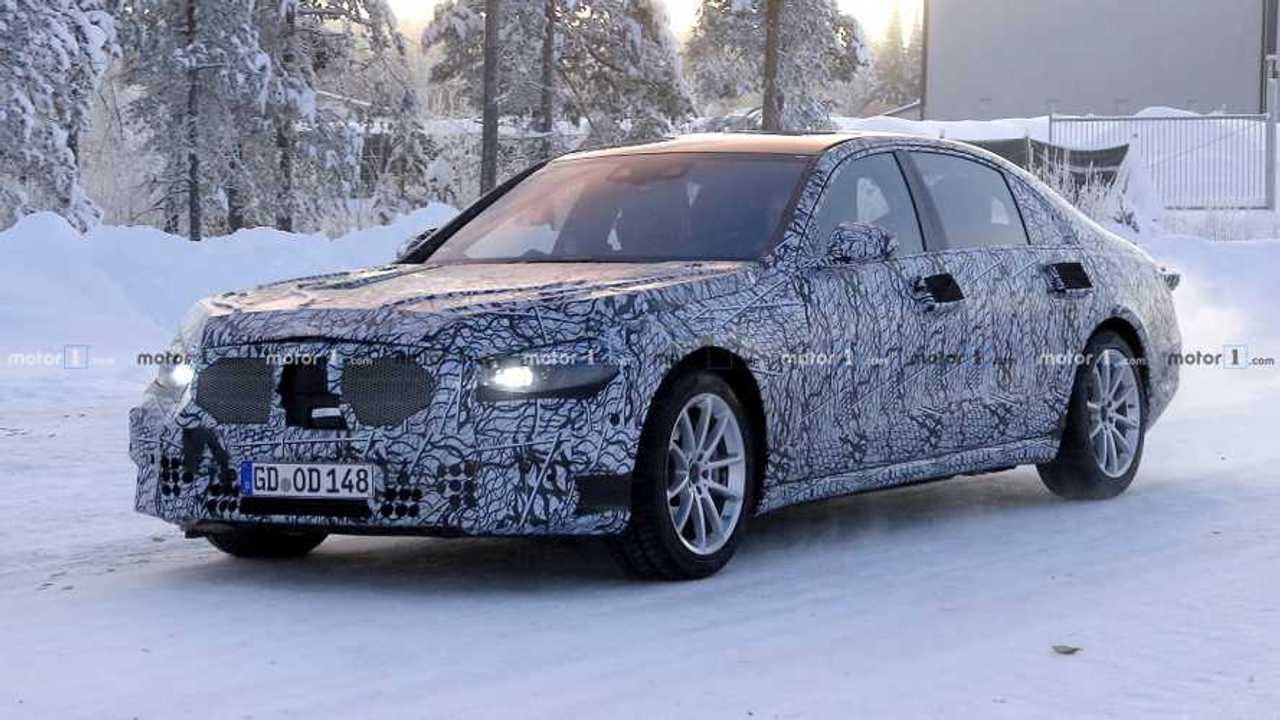 Two heavily camouflaged prototypes of the W223 have been caught on camera.

Crossovers and SUVs may be the cash cows for Daimler right now, but the S-Class will forever remain the quintessential Mercedes. The flagship’s next iteration has already been confirmed for a 2020 release, so there’s a lot of testing to be done between now and the fullsize saloon’s global launch. Not one, but two prototypes have been spotted near the Arctic Circle enduring extremely low temperatures.

Mercedes hasn’t removed an ounce of camouflage compared to other test vehicles we’ve spotted in recent months, which isn’t all that surprising considering the luxobarge might be hiding a lot of secrets. We continue to be intrigued by the extra disguise on the door handles, which could be the three-pointed star’s way of telling us the next S-Class might come with something special. The oddly shaped Maybach Vision Ultimate Luxury concept had pop-out door handles, so could those find their way on the W223’s doors?

Both prototypes had an opening in the center of the front grille where you’d normally find the Mercedes badge. Perhaps the cars had some sort of cameras and/or sensors necessary for the highly advanced autonomous driving system set to be offered by the new S-Class, with Daimler’s head of R&D saying it will boast level 3 capabilities. The rear camera above the license plate on the trunk lid of one of the prototypes sticks out more than it should, and maybe that one too is related to the car’s eyes-off assisted self-driving system.

Both prototypes had provisional headlights and taillights, along with additional layers of camouflage on the hood. We don’t get to see the interior, but rest assured the new S-Class will make use of the MBUX infotainment system likely to be more advanced than the one Mercedes will show at CES next month for the second-generation CLA.

Spies have a soft spot for the new S:

Details about engines are shrouded in mystery at this point, but we do know there’s going to be a fully electric equivalent of the S-Class, likely to be called EQ S. It will serve as the brand’s flagship EV and will come out sometime between 2020 and 2022.

In the meantime, expect to see lots of spy shots in the coming year of the new S. Hopefully, Mercedes will begin the camo striptease to show us more of the saloon’s production metal.