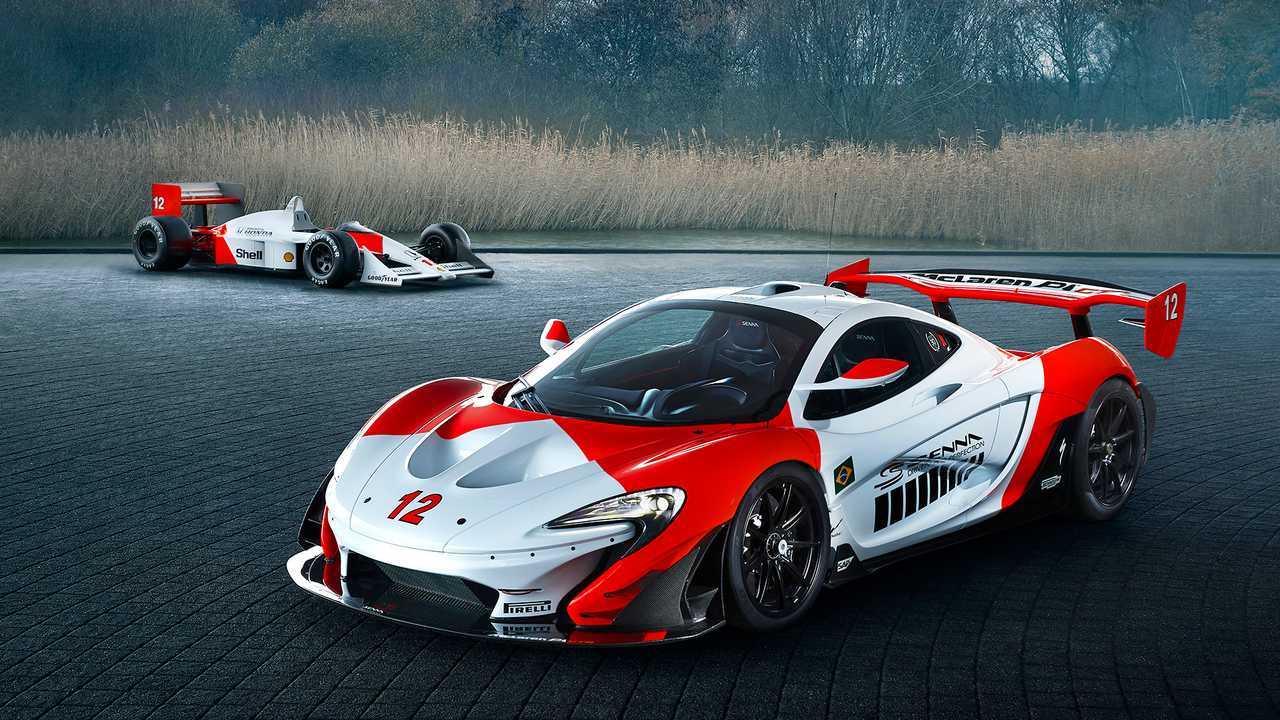 One McLaren owner has turned their P1 into a Senna shrine.

Just when we've all forgotten about the McLaren P1 and turned our attention to the Senna and the Speedtail, the British supercar manufacturer has reminded us that its maiden Ultimate Series offering still exists.

Check out these other special P1s

They've done that with a new one-off version of the track-only edition of the P1, the P1 GTR. The unique car celebrates Ayrton Senna's maiden Formula 1 world title, and is painted in the famous Marlboro colours sported by the MP4/4 that the Brazilian drove that year – minus to ciggy brand logos, of course. It is 2018 after all.

The car was commissioned by a McLaren collector who was a fan of Senna's from an early age. They've even dubbed the car 'Beco' which was the nickname given to Senna by his parents, and the choice of name has been fully blessed by the Senna family.

He (or she, the collector's identity is being kept quiet) worked closely with McLaren's Special Operations division for three years to put the car together.

Why three years? Well the car is a little more than a track toy with a fancy paint job and some stickers. There's fancy details like the Senna Brand Trademark on the front splitter as well as in front of the air intake and each door, with the 'Senna' script and 'Driven to Perfection' slogan etched on the doors and intake. The doors also have the Brazilian flag on them, and the bar code pattern in place of Malboro lettering.The number 12 is also painted on the car – not only was 12 Senna's number in 1988, but this car is also chassis number 12 in the P1 GTR production run of 58. Those details aren't a wrap, either. They're all painted on and took over 800 hours to paint on.

It's not just cosmetic enhancements, either. The hybrid-assisted V8 engine has also been given a 'suitably pleasing' increase in power, and the modified engine compartment itself is trimmed with 24 carat gold and lexan.

"With a near-limitless range of bespoke additions available from McLaren Special Operations our clients are only restricted by their imagination and we can, of course, help with this too," said Ansar Ali, Managing Director, McLaren Special Operations. "It is, however, also great to have the opportunity to pay tribute to our brand’s wonderful history, especially with this year marking the 30th anniversary of Ayrton Senna’s first Formula 1 World Championship title with McLaren."

"This project has been a labour of love for MSO; with extensive engine and aerodynamic enhancements in addition to the distinctive cosmetic treatment this car has received, this is certainly a landmark achievement."