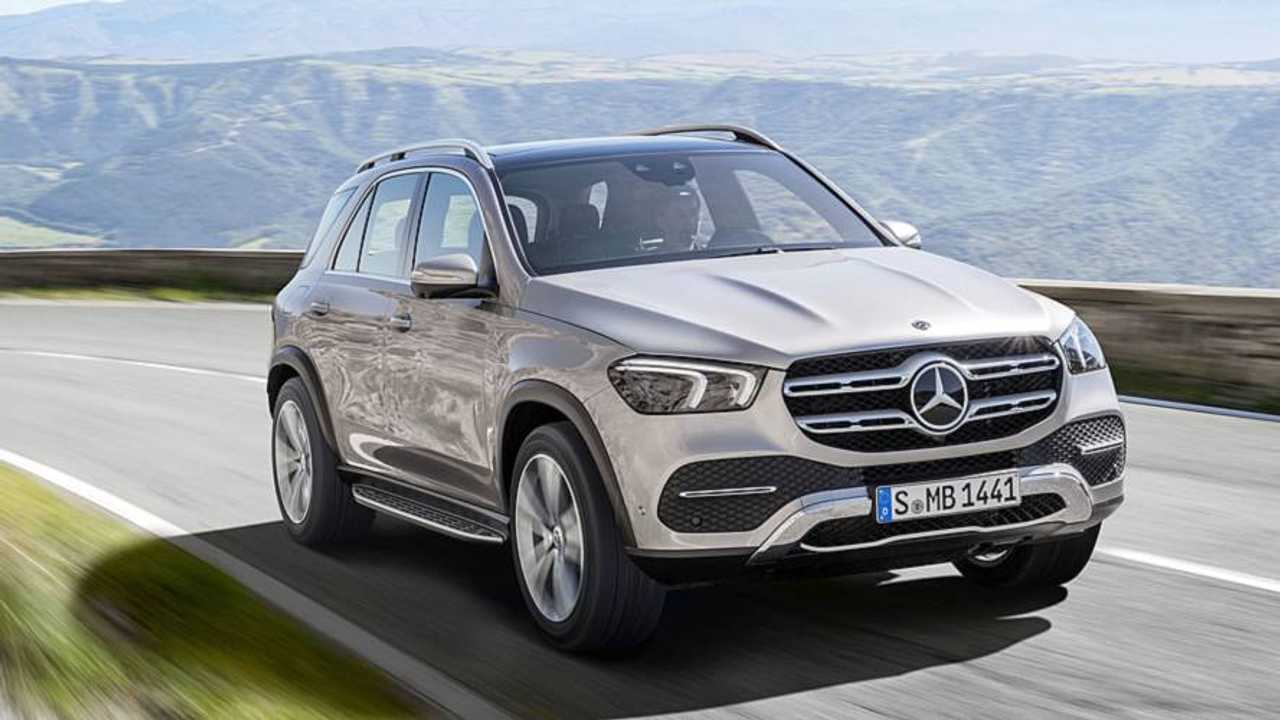 New Q7-rivalling off-roader gets choice of three diesel engines and one petrol.

The new Mercedes-Benz GLE 4x4 has gone on sale, with the first customer deliveries expected in the spring.

Prices start at £55,685, and for that money, you get Mercedes’ latest digital instrument cluster and multimedia system, which comprises two 12.3-inch screens that sit side-by-side to create a kind of ‘widescreen’ feel in the cockpit.

Leather seats are standard, too, along with air suspension and 20-inch alloy wheels. It’s also the first time that GLE customers have been able to order their vehicle with seven seats.

Under the bonnet, entry-level GLEs get a 2-litre diesel engine with 242 bhp, which wears the 300 d badge. Official figures suggest that it’s the most frugal unit in the range, returning 46.3 mpg and CO2 emissions of 162 g/km.

If you’d rather have a bit more power, though, you can choose one of three more powerful 3-litre engines. The lowliest of these is the £61,995 350 d model, which offers 268 bhp and a very respectable 0-62 mph time of 6.9 seconds. More importantly, however, it claims to manage just over 40 mpg.

If that’s still not enough, you can have the £64,230 400 d model, which ups the ante with a 325 bhp output. That power hike cuts the 0-62 mph time by just over a second, but miraculously has no effect on the fuel economy.

The sole petrol engine is the most powerful unit currently available. Badged ‘450’, it serves up 362 bhp, enabling a top speed of 155 mph and a 5.7-second sprint to 62 mph. That makes it marginally faster than the 400 d, despite being almost £2,000 cheaper.

All four engines come with four-wheel drive as standard, along with a nine-speed automatic gearbox.

But as always with Mercedes, choosing your variant is just the start. There’s an enormous options list that includes all manner of complicated equipment packs.

The cheapest of these is the Tech package, which costs £495 and adds smartphone integration and augmented reality navigation - a system that superimposes directions over a live image from the front of the vehicle to point you in the correct direction.

However, those with somewhat more to spend can upgrade to the £1,495 Tech Plus package, which gets you a head-up display and a gesture control system, as well as the phone connectivity and augmented reality navigation system.

Other options include the £1,995 Premium package, which comes with clever LED headlights, a memory function for the seats and a 360-degree manoeuvring camera that gives you a top-down view of the car and its immediate surroundings.

Alternatively, you could have the £4,295 Premium Plus pack, adding a Burmeister sound system, panoramic glass roof and keyless go to all the goodies found in the normal Premium package.

Further packs are also available with options to suit drivers who tow or take their vehicle off-road, while customers can opt for a Driving Assistance package that provides a host of on-board safety systems.