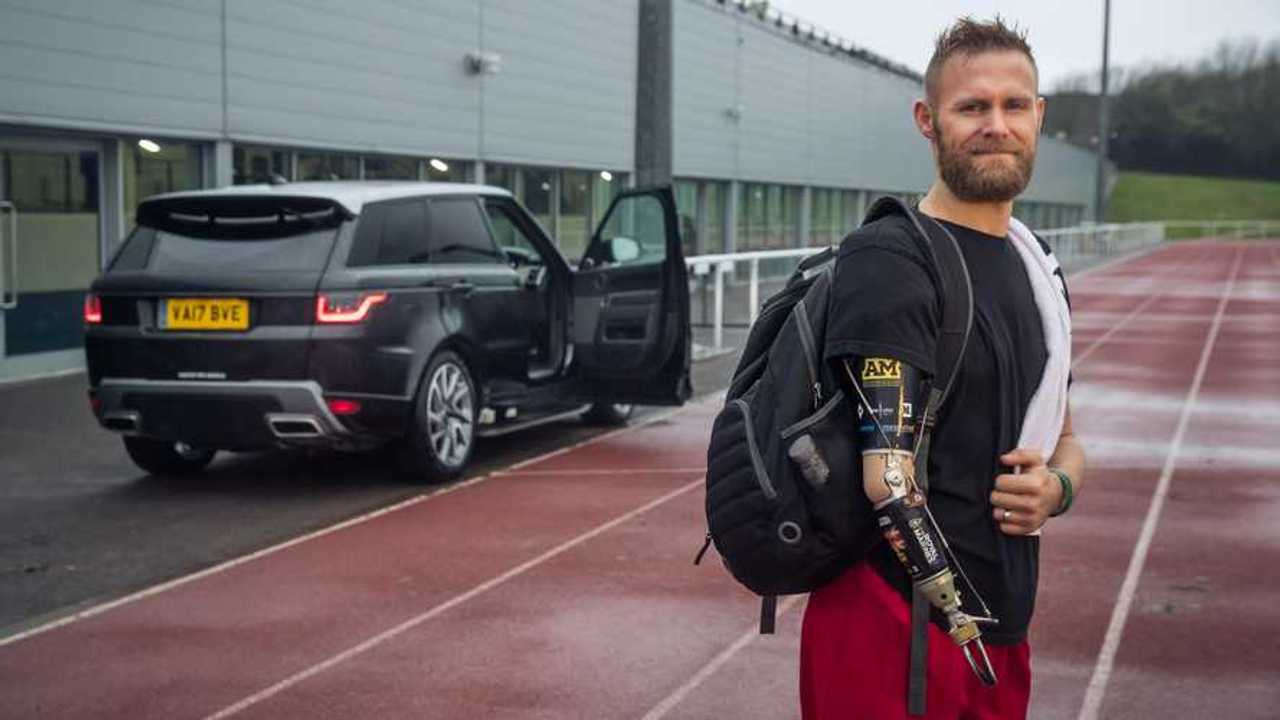 The mobility door prototype is being developed by an Invictus Games athlete.

Jaguar Land Rover has developed a revolutionary car door which automatically opens as the driver approaches.

The mobility door prototype, which can also be opened by gesture control, uses motion sensors and existing keyless entry technology to detect the driver as they approach the vehicle, which for testing purposes is a Range Rover Sport.

Jaguar Land Rover likens the novel feature to 'an invisible valet' and says that the technology could help disabled people who use the car as their primary mode of transport – as many as a third of disabled car users say they face practical difficulties in their daily usage. But not only that, it also benefits those carrying child seats or other large items who may not have a hand free to safely open the door.

The mobility door prototype closes via an overhead button to negate the need to reach out to pull the door shut, and the status of each door can be seen on the car's infotainment system, while radar sensors on the driver’s door detect lamp posts or other obstacles to stop the door swinging open and hitting obstacles and other objects.

"This innovative Jaguar Land Rover technology would be such a benefit to me and has real power to change lives for those who face problems getting in and out of the car," said former marine and Invictus Games athlete Mark Ormrod, who is helping Jaguar Land Rover test the new technology. "Opening and closing the car door may seem like such an insignificant task to many people but sometimes it’s the small, everyday obstacles which people take for granted that are most frustrating to overcome for those living with disabilities."

The project has been the result of six months' work on a laboratory rig, and Jaguar Land Rover thinks it could become relevant to all of its future products.

"The mobility door is an exciting piece of technology that offers a real-world value to our customers," said Xu Zhou, deep learning technical research manager at Jaguar Land Rover. "There’s also something very welcoming about the door opening on your approach – something we think will be greatly valued as we become more familiar with shared mobility."