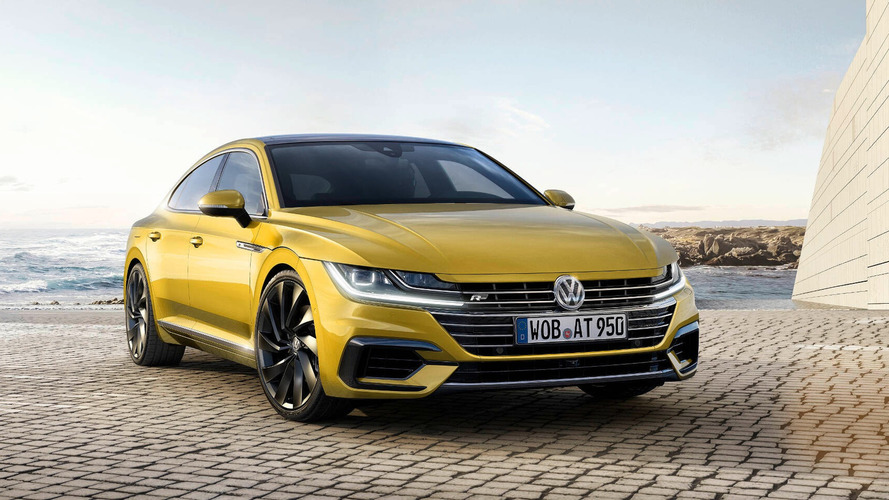 Replacing the old 276 bhp engine, which was shared with the Seat Leon Cupra, the newcomer offers slightly less power, but it matches its predecessor for performance. As before, the top speed is 155 mph, and the 0-62 mph time sits at 5.6 seconds – a time that VW proudly states is faster than a top-spec Golf GTI.

VW says it will build internal combustion engines beyond 2040

Of course, some of the credit must go to the standard-fit twin-clutch automatic gearbox, and the computer-controlled 4Motion all-wheel-drive system, through which the car distributes its 258 lb-ft of torque.

But despite all that, and the fact that the economy and emissions test is now more stringent than when the 276 bhp Arteon was launched, the new 268 bhp engine claims even better efficiency than its ancestor.

According to the official figures, the new unit will return just over 40 mpg and 160 g/km CO2 emissions, whereas the 276 bhp engine only managed 38.7 mpg and 164 g/km on the more forgiving test cycle.

Those wishing to buy the Arteon with this engine, though, will be faced with one of the biggest bills the fastback can rack up. An entry-level Elegance model, fitted with the new engine, will set you back at least £39,065, while the sportier R-Line variant starts at £39,850.

For that money, however, you do get more than just a performance-focused engine. Standard equipment for the Elegance model includes 18-inch alloy wheels, an eight-inch touchscreen navigation system and three-zone climate control, as well as leather upholstery and parking sensors front and rear.

Moving up to the R-Line model gives you slightly larger 19-inch wheels, sports seats and carbon-effect upholstery on the side bolsters.

Volkswagen UK’s Arteon product manager, Joe Laurence, said: “The addition of a 268 bhp engine to the Arteon range further expands customer choice, with efficient, lower-powered engines at one end of the line-up, and performance-oriented petrol and diesel units at the other.

“Every Arteon of course offers great equipment and competitive running costs, but the new version incorporates power and traction advantages – thanks in part to its 4Motion all-wheel drive – that really underline the car’s premium appeal.”