You can make your own F1 car at home. No carbon fiber needed.

With the start of the Formula 1 season a few months away, fans all over the world definitely have some time to kill before the lights go out at Melbourne. Until then, it’s going to be a long winter break with nothing to watch on the weekends anymore. While some reminisce why rewatching the past races or playing the F1 2018 video game, The Q had some time on his hands and constructed a 1.3:1 scale model F1 car out of cardboard. 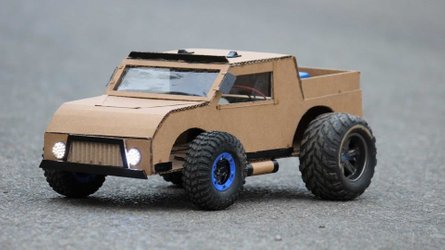 12-minute video teaches you how to make a cardboard car 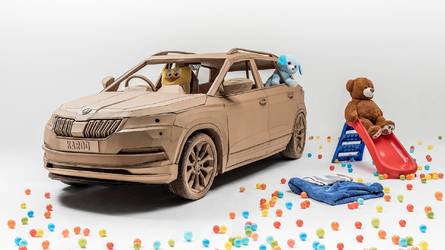 Cardboard Karoq is a kid's dream

A few months ago, he made an F1 car out of 1,000 Coca-Cola cans that took over 400 hours to complete. This time around, he took things up a notch and decided to build another F1 car out of cardboard. After making the necessary calculations, he cuts the cardboard pieces to their exact shapes and begins to put them together using a glue gun. The first part of the car to be put together was the monocoque. Unlike the F1 car made of aluminium cans this shape of the cardboard version takes the shape of the real deal with the ability to bend and curve.

Next up, the rear end of the car is put together, including the large rear wing along with both flaps and wing stands on each side. The rear suspension was also attached to the hubs and brakes. The builder then assemblies the nose of the car as well as the front suspension and hub/brake components. Wheels and tyres were then carefully built and attached to each corner of the car. Lastly, the front wing was carefully put together and attached to the nose. For the final touch, a steering wheel with the necessary buttons was made and installed in the cockpit.

After about 250 hours of labour and about 15 cubic metres of cardboard, a 1.3:1 scale model F1 car is completed. The first race isn’t until March, so making one of these yourself should be a fun project for you and a friends.