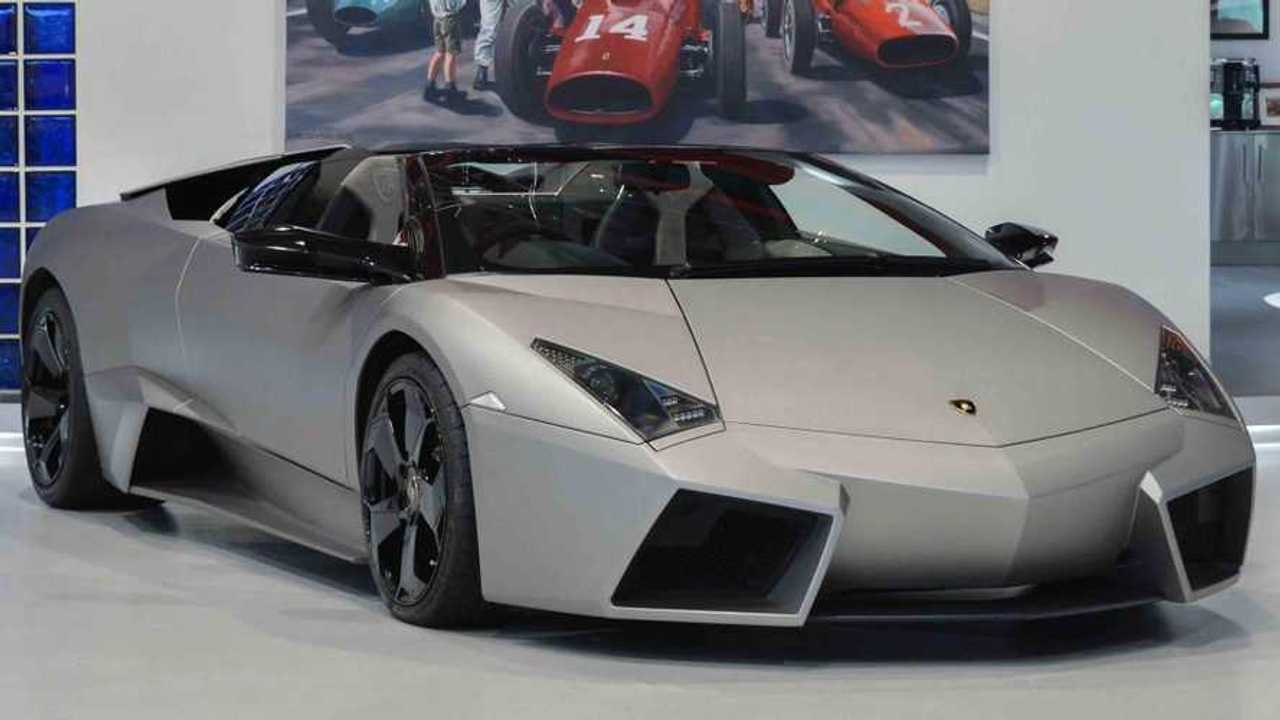 It's not every day these hit the market.

It's not every day that a Lamborghini Reventón hits the market. The demon lovechild of a stealth fighter and the Batmobile was built in tiny numbers – just 20, plus another for Lamborghini's museum.

Not long after the (not-so) standard car's introduction, a roadster version was introduced. This time only 15 were made, at an eye-watering price of nearly double the £1 million it charged for the hard top.

Now one has popped up for sale at Joe Macari in London, at the rather reasonable price of £999,950. This one is just one of three Reventón Roadsters ever made and has been a UK car ever since it was first sold in 2010. Despite being nearly a decade old, it has covered just 1,100 miles, because as we all know buyers of the best cars on the planet don't exactly tend to use them as actual 'cars'.

That's a shame, really, because the Reventón Roadster is a serious bit of kit. Based on the Murciélago – Lamborghini's flagship of the 2000s – the Reventón is powered by the same 6.5-litre naturally aspirated V12, albeit with 10 bhp more than the Murciélago, taking the overall power figure to 641bhp. That power is sent to all four wheels through a six-speed e-gear semi-automatic gearbox, helping it to a top speed of 211 mph.

If the matte grey Reventón Roadster is too modern for your tastes, Joe Macari is also offering another legendary Lamborghini – a Miura SV.

The Miura is widely regarded as the very first supercar and the Reventón and the present-day Aventador can both trace their roots directly back to it. Devised as an out-of-hours project for a handful of Lamborghini engineers, the Miura was the first road car to come with a mid-mounted V12 engine.

This particular car was the 342nd of 764 Miuras produced and was even featured in the film 'Road Hard'. It comes painted in the highly-desirable Arancio (read: orange) paint, with gold wheels and side skirts, with a smart black interior.

The asking price for this particular Miura is a touch over £1.3 million, which given the legendary nature of the car, is a relative steal.

If both of these cars are a bit too flashy but you still want a taste of Lamborghini ownership, there's always tractors. The Italian firm began life as an agricultural vehicle manufacturer, and luckily the very same dealership offering these two bonkers supercars also has a pair of Lamborghini tractors in stock, too.