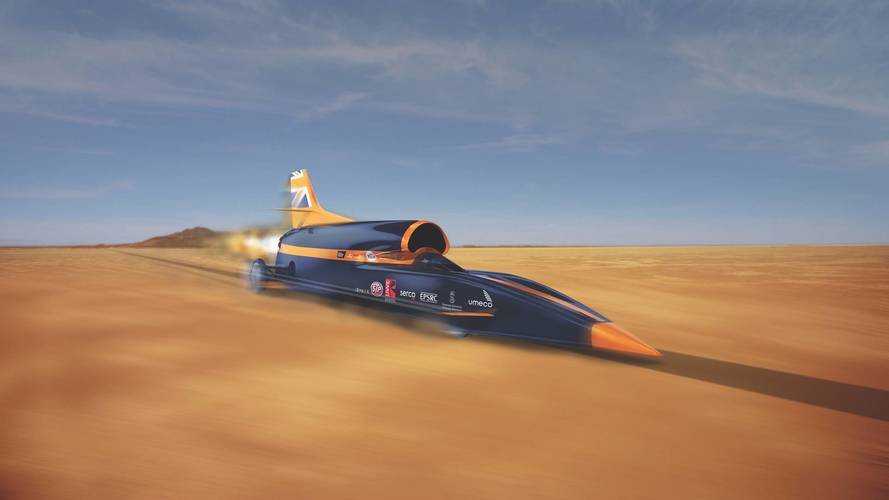 The engineering project could still hit 1000 mph in the coming years.

The Bloodhound land speed record project might not be dead after all following an eleventh-hour sale of the programme.

Andrew Sheridan and Geoff Rowley, Joint Administrators of Bloodhound Programme Ltd have released a statement revealing that they were contacted by a number of interested parties following the initial administration announcement. One of those parties, Yorkshire-based entrepreneur Ian Warhurst, has now purchased the project's assets and intends to keep it going.

Read more about he Bloodhound

"We have been overwhelmed by the passion that clearly exists for Bloodhound and are thrilled that we have been able to secure a buyer who is able to give this inspiring project a future," said Sheridan, who as well as being a joint administrator, is a partner at specialist advisory firm FRP Advisory LLP. "Ian has a strong background in managing highly successful businesses in the automotive engineering sector and he will bring considerable expertise to bear in taking the project forward. He will be outlining his plans for the project in detail early in the New Year."

"In the meantime, we would particularly like to thank the Ministry of Defence and Rolls Royce for their support and collaboration throughout this process, without which it would not have been possible for the project to be in a position to continue," he added.

Bloodhound Programme Ltd was founded back in 2007 with the aim of cracking the 1000 mph barrier. A record attempt on a dried-out lake bed in South Africa was pencilled in for 2020 following a planned 500 mph run next year. Initial 200 mph runway testing first took place in October of last year in Cornwall.

However despite its promise, the project has had its downsides, notably financially. Its overall cost has grown continuously over the last decade – a 2010 BBC report said the 'process of researching, designing and building the car alone' was set to cost £6.6 million, but a more recent figure from the project suggested a figure of £60 million. Despite the increased budget, ahead of the administration, the project reportedly needed another £25 million to merely continue, even though the jet-powered car was close to being completed,

The privately-funded project has so-far relied on donations, sponsorship, and partnerships to get it to this point. A number of engineering firms have also been involved with the project, aiming to use it to get children interested in science and engineering. So far it has reached over two million children, including 120,000 UK schoolchildren annually.