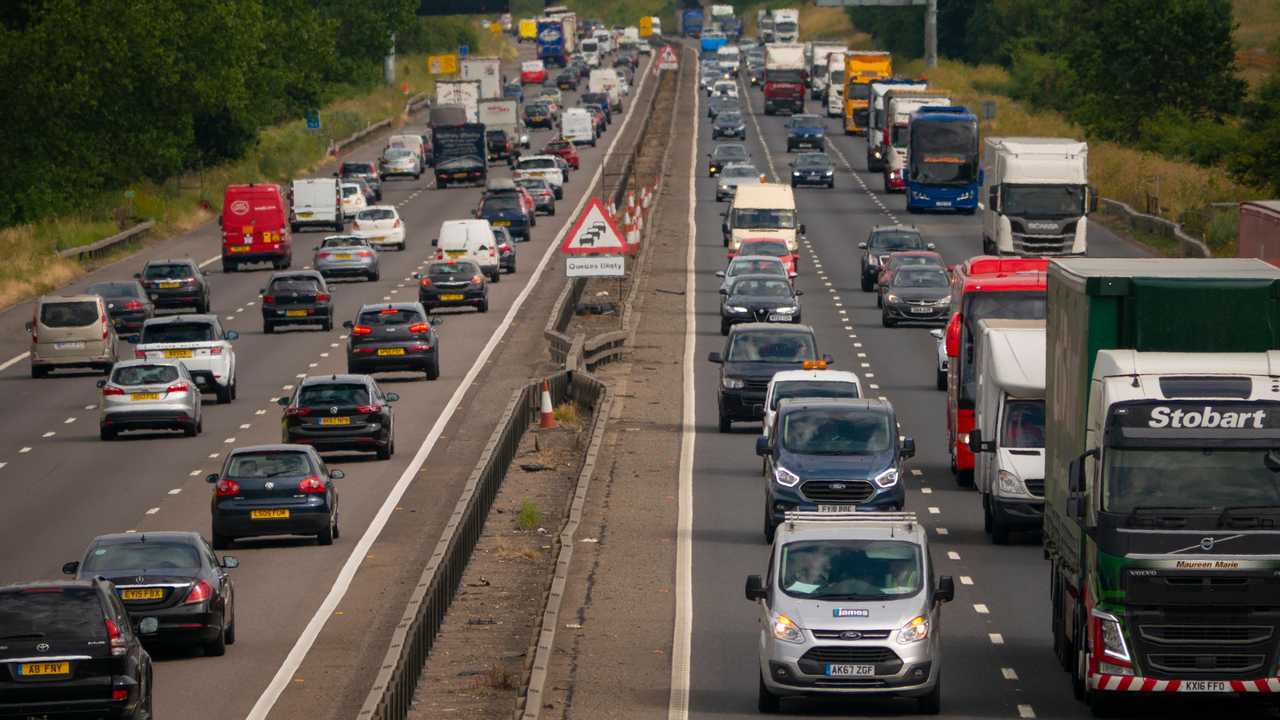 Gridlock is set to ensure this week as drivers prepare to make more than 20 million leisure journeys in the run-up to Christmas.

According to a study by the RAC and travel analytics firm Inrix, the traffic will get heavier as the week progresses, with the worst congestion building as the weekend approaches.

Thursday, December 20, and Friday, December 21, are expected to be the busiest days of the year, with 2.5 and 2.8 million separate leisure trips expected on each day respectively.

And the traffic issues are set to be compounded by disruption to the rail network. Strikes are set to hit Northern Rail and South Western Railway, while Network Rail is planning some major maintenance work on routes into the capital.

The biggest jams of the week are expected to form on the northbound M6 on Thursday between Junction 15, for Stoke-on-Trent, and Junction 25, near Wigan, as well as on the southbound M40 on Friday, between the M42 junction and Junction 8A, for Oxford.

However, even worse traffic conditions are predicted after Christmas, with an estimated 6.8 million individual leisure trips forecast for Boxing Day. And December 27 is set to be almost as bad, with 4.4 million journeys on the cards.

But with shoppers, commuters and holidaymakers all vying for road space, it's this week that's set to see the largest increase in traffic.

INRIX data scientist Joshua Kidd said: “Our data shows that compared to a normal day, Thursday 20th December will see the biggest increase in cars on the road. With most drivers setting out mid-morning, traffic will become heavier over the course of the afternoon and stay congested into the evening. But it’s not just those off to see family and friends - commuters, last-ditch shoppers and online deliveries will contribute to clogging the roads. Drivers are advised to seek out alternative routes to their destinations and use the latest technology for real-time updates.”

In a bid to combat the congestion, Highways England has promised to lift more than 200 miles of motorway roadworks over the festive period.

Highways England’s customer service director, Melanie Clarke, said: “We’re doing everything we can to make journeys as smooth as possible for this Christmas getaway and that’s why we’re keeping more than 97 percent of our road network free from roadworks.”

But as this measure will not kick in until 6am on Friday, December 21, the RAC says drivers should still prepare for longer journeys over the coming week.

“The run-up to Christmas is traditionally a very busy time on the roads, and 2018 looks to be no exception,” said RAC patrol of the year Mark Souster. “But our data suggests drivers are planning on getting away early in some cases and spreading their journeys across a number of days, which would certainly be no bad thing.”