Remember when a Ferrari F40 hit 200 mph on a Japanese highway?

This clip caused a stir in Japan when it was originally released.

Motor1.com absolutely doesn't endorse breaking the law on the road, but some videos are so amazing that they beg to be shared. This clip is an oldie but a goodie that shows a Ferrari F40 reaching an indicated 199 miles per hour on a Japanese highway.

The driver doesn't simply do a high-speed blast to nearly 200 mph and then slow down. Instead, he cruises well in excess of 124 mph for a few minutes before pushing the velocity even higher. The other vehicles in traffic tend to be courteous and get out of the speeding driver's way. 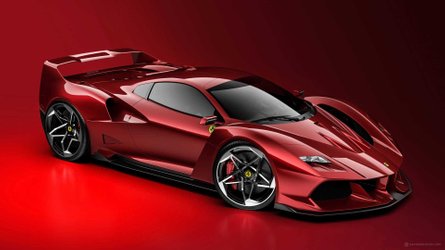 Ferrari F40 tribute is stunning from all angles
⠀ 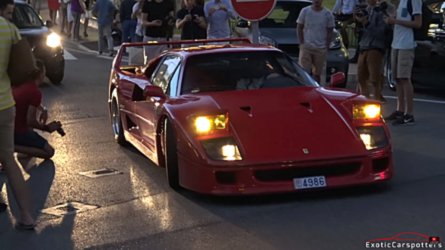 Ferrari F40 with straight pipes sounds like an invading army

We have seen plenty of vehicles reach triple-digit speeds on Germany's Autobahn, but doing it in Japan makes this one a little more special because of the country's low-speed limit. Until 2016, Japan's highways had a maximum speed limit of 62 miles per hour, meaning this driver was doing in excess of three times the legal limit.

The owner created this impressive clip in 1990, and it became a pre-Internet viral video hit in Japan at the time because the guy sold copies of the tape on VHS. Unfortunately, the police caught wind of this and arrested the creator. Copies of the tape are rare collector's items today, like this copy available on Yahoo Auctions Japan for 30,000 yen (£210 at current exchange rates).

Ferrari produced just over 1,300 units of the F40 from 1987 to 1992, so this was still a fresh entry on the supercar scene during the filming of this scene. Today, these special Ferraris have become quite valuable on the second-hand market and regularly change hands for over £800,000 million.