For years, Italian chassis manufacturer Dallara has supplied cars for numerous racing series – Formula 1, IndyCar, GP3, Super Formula just to name a few. Recently, the company joined forces with Spark Industries to develop the monocoques for the Formula E Series. While Dallara has always stayed on the side of motorsport, it finally released its very first road-legal car called the Stradale. In the video, watch this yellow race car with number plates do some hot laps at Franciacorta Circuit in Italy. Don’t forget to turn up the volume. 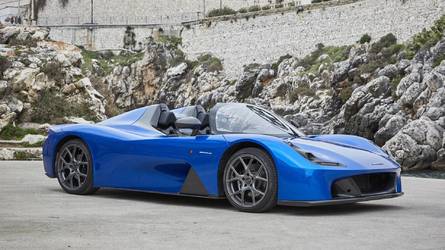 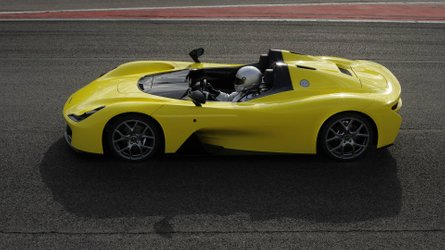 Right from the get go, the exhaust note coming from the Stradale might sound familiar to you. That’s because the engine sitting behind the driver seat is none other than the Ford 2.3-litre turbocharged inline-four, the same one found in the Focus RS. While the RS’s engine produces 345 bhp, the Stradale’s engine has been tuned by Bosch to make a much stouter 394 bhp when High Power mode is engaged.

Under the default engine setting, power drops to 296 bhp, though that won’t feel much slower due to the Stadale’s 855-kg curb weight. According to the description in the video, this particular car has been further tweaked to make over 400 bhp.

Upon first glance, the Stradale may look reminiscent of the similar open-cockpit Lotus 3-Eleven and for good reason. While founder Giampaulo Dallara worked with Enzo Ferrari and Ferruccio Lamborghini, he always looked up to Lotus founder Colin Chapman. That’s why the Stradale and 3-Eleven look like distant cousins, and we’re not complaining.

With much experience constructing race cars, it’s no surprise how well the Stradale handles on the track. The car shows tremendous balance in any situation the driver comes across during the hot laps. Under hard braking, tight corners, and high speed sweepers, the driver looks calm and collected, focusing on the upcoming apexes. If watching this doesn’t make you want hit the track, something is wrong with you.