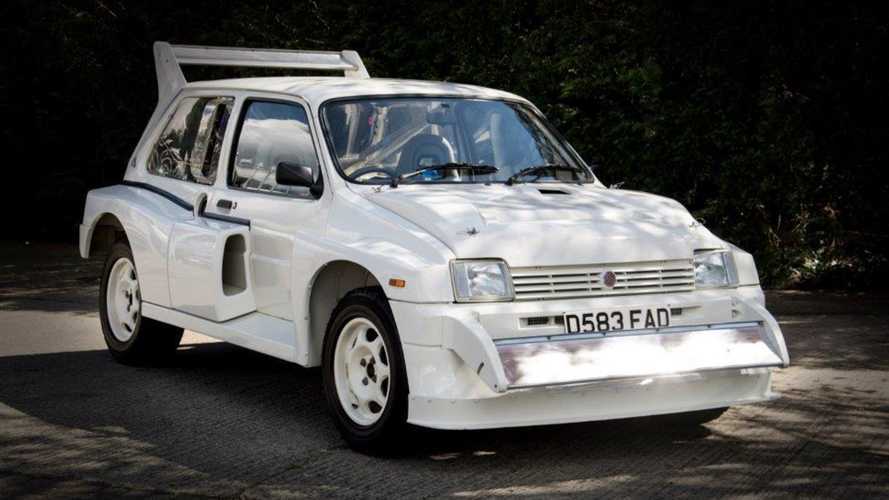 Now is your chance to own an icon.

The MG Metro 6R4 is a rallying icon. Built for the short-lived Group B era, the car failed to make much of an impression on the world championship, despite finishing on the podium on its debut in 1985.

But before the 6R4 took to the stages, 200 road-going homologation specials had to be built. Like the rally car, the 'Clubman' production model was built with the Williams Formula 1 team. In fact, the 6R4 was pretty much a four-wheel drive F1 car of the day, with a mid-mounted naturally-aspirated V6 engine putting out over 600 bhp. It was an unusual choice of engine given that the car's Group B rivals were all turbocharged, nevertheless it made for a glorious soundtrack.

Unfortunately the Clubman car that was available in showrooms put out 'only' 250 bhp, but given that it was the '80s and hot hatches of today have only just started cracking 300 bhp en masse, it's still mightily impressive.

Now one of the 200 publicly available cars is heading to the auction block, and it's virtually brand new, despite rolling off the Longbridge production line over 30 years ago.

This spotless 1985 example has covered just 175 miles since new, and was first purchased by Williams Grand Prix Engineering's marketing department in 1988. The F1 team held onto it until 2005 when it was sold off along with a bunch of F1 cars from its collection. The Tifosi Garage later took ownership of the car before selling it to its current owner in 2015.

The white hatchback will go under the hammer at Silverstone Auctions’ debut sale at Autosport International on 12th January at the NEC, Birmingham and is expected to fetch between £180,000 and £200,000.

"One of rallying’s true icons, the MG Metro 6R4 stands up there with legendary '80s classics like the Audi Quattro, Lancia 037 and Renault 5 Turbo," said Lionel Abbott, classic car specialist at Silverstone Auctions. "This is the closest you can get to driving a Group B rally car on the road. A homologation special like this with such low mileage presents a rare opportunity for rally fans and enthusiasts alike."

"Rally cars from this period have a certain mystique and have become highly sought after by collectors. This is an unusual, and probably unique, opportunity to acquire an original Group B homologation car," he added.