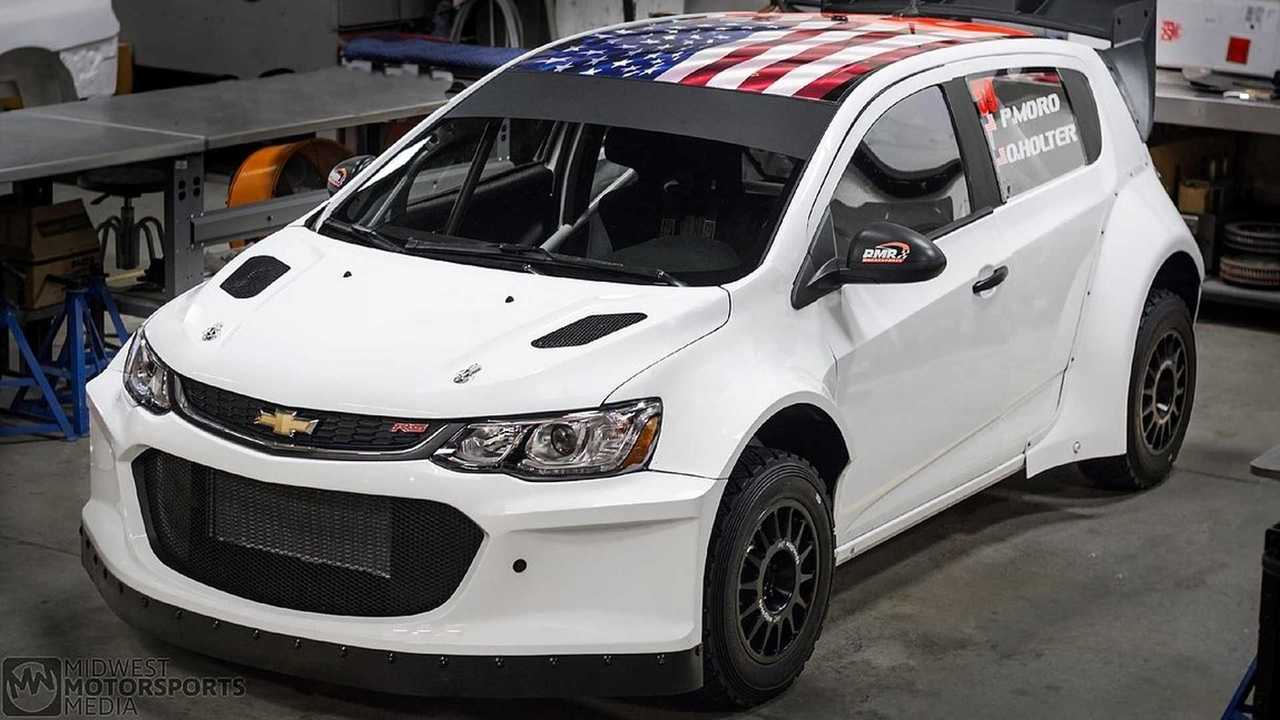 We want it, and we want it now.

Over the years rallying has played host to some of the more unusual cars in motorsport. From the fire-breathing Formula 1 cars with fenders of the Group B days, to the big-winged shopping cars of today, there isn't much that hasn't been on the stages.

Check out these other crazy hatchbacks

Can a 650-bhp Rallycross car launch in dish soap?

That includes this – it may look like the sort of mundane hatchback us Europeans turn into rally cars these days, but unlike our popping and banging four-pots, this one has a V8 in it. That's right, someone's shoehorned a V8 into a car that's about as big as a postage stamp.

This wacky creation was unveiled at the Performance Racing Industry Show last week, and is the work of rally and rallycross driver Pat Moro and his PMR Motorsports team. PMR Motorsports is keeping details of the V8-powered Chevrolet Sonic closely under wraps right now, but we do know that under the bonnet is a Chevrolet LS3 crate engine, and it sends power to all four wheels.

The LS3 race engine is one of Chevrolet's bullet-proof off-the-shelf engines, used in the previous generation Corvette, Camaro, and high-performance Holdens. It's also the same sort used in most of the cars from the Fast & Furious franchise. Yours for just over $8,000 (or about £6,500), the LS3 produces 430 bhp and 425 lb-ft of torque, and comes in a handy wooden box that's delivered right to your door.

The engine isn't the only enhancement. There's also a handsome widebody bodykit, and the usual competition refinements like weight reduction and a roll cage.

The pocket-rocket is set to compete in the American Rally Association series, the US' premier rally championship, next year with team co-owner Moro driving with Ole Holter handling the pace notes.