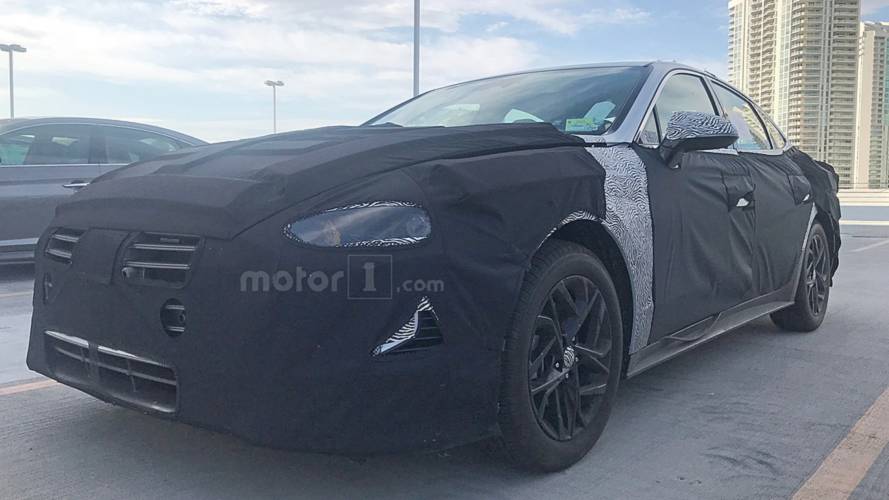 The next-generation Sonata saloon will go global, but the new estate likely won't.

The world hasn’t gone completely SUV crazy just yet. Korean Car Blog has a source with some info on Hyundai, specifically with regards to the U.S. market Sonata. The next-generation saloon will reportedly spawn a full-fledged estate for the automaker’s European lineup.

For those of us in Europe wondering about the Sonata in the first place, that’s another bit of interesting news. Hyundai is following a similar path from other manufacturers by going global with select models. In this instance, the Euro-spec i40 saloon and touring – which already share their platform with the Sonata – will be going away in favour of the new car. Estates are still very much in favour throughout Europe, notably in Germany and Scandinavia, and it seems Hyundai is keen to maintain a slice of the action.

The next-generation Sonata saloon is currently in-development, though admittedly we haven’t seen many prototypes testing in public. The car gained a refresh for the 2018 model year so the next-gen Sonata is likely still in the early testing phase. We caught a heavily camouflaged prototype back in June (pictured above and at the top of the page), suggesting some significant changes to the saloon’s overall appearance are coming.

Unfortunately, wagon fans in the United States will almost certainly miss out on the fun. SUV sales are increasing by double-digit percentages in the North American market, while saloon sales are falling just as fast. Given recent announcements by both Ford and General Motors to drastically scale back on saloon production, it might be fortunate that the next-generation Sonata will go stateside even in saloon form.

Ford, GM cutting back on sedans:

From 30 to 9, Ford is looking to cut another 4 platforms

A specific timeframe isn’t yet known for either the Sonata sedan or estate. It’s believed the saloon will arrive in 2020 as a 2021 model, with the estate possibly launching at the same time.