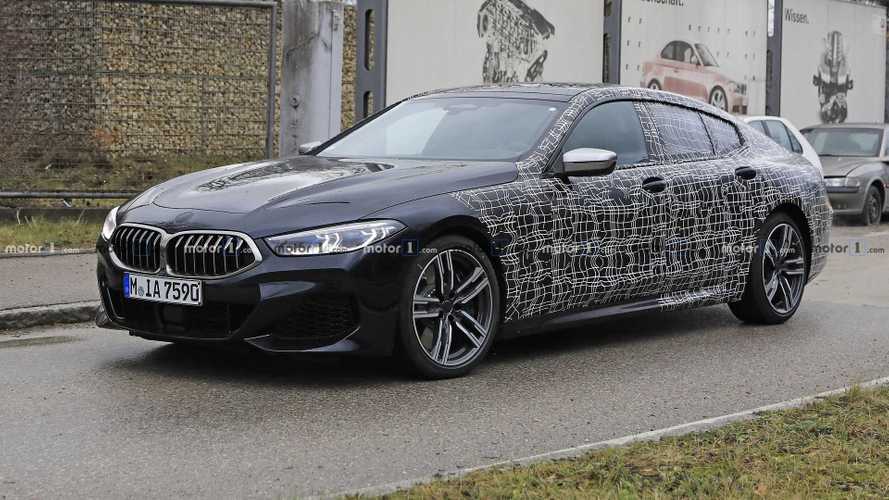 Nearly as sleek as the coupe and with the added practicality of rear doors.

BMW is making some changes to its Gran Coupe family by adding a 2 Series GC and promoting the 6 Series GC to the revitalised 8 Series family. Today, we’re able to share some fresh images of the bigger swoopy saloon carrying less camouflage than ever before while undergoing testing on the streets of Munich in Germany. However, don’t get too excited since the disguise has come off the prototype’s front fascia to reveal what basically everyone was expecting: a design inherited from the 8 Series Coupe.

Nevertheless, it’s nice to see more of the car’s metal, a car which may very well be the hot M850i version judging by the blue brake callipers behind those large alloy wheels. The pair of massive exhaust finishers at the back housing the quad tips is identical to what you’ll see on the two-door coupe in the M Performance guise. The front bumper appears to have been virtually carried over from the coupe, so there are enough reasons to believe this is the M850i.

If that’s the case, the prototype had a twin-turbo 4.4-litre V8 engine underneath its long and imposing bonnet. With 523 bhp and 553 lb-ft of torque at its disposal, the M850i Gran Coupe will have enough punch to go after the Porsche Panamera, Audi A7 Sportback, and the Mercedes-AMG GT 4-Door Coupe. Should that not be enough, a fully fledged M8 GC is in the works and it should hit the 600-hp mark with ease.

BMW will introduce the 8 Series Gran Coupe next year in this M850i flavour along with probably a diesel-fuelled 840d derivative for European markets. As for the top dog, the M8 with rear doors, we’ll probably have to wait until 2020 when it will join the coupe and cabrio body styles.