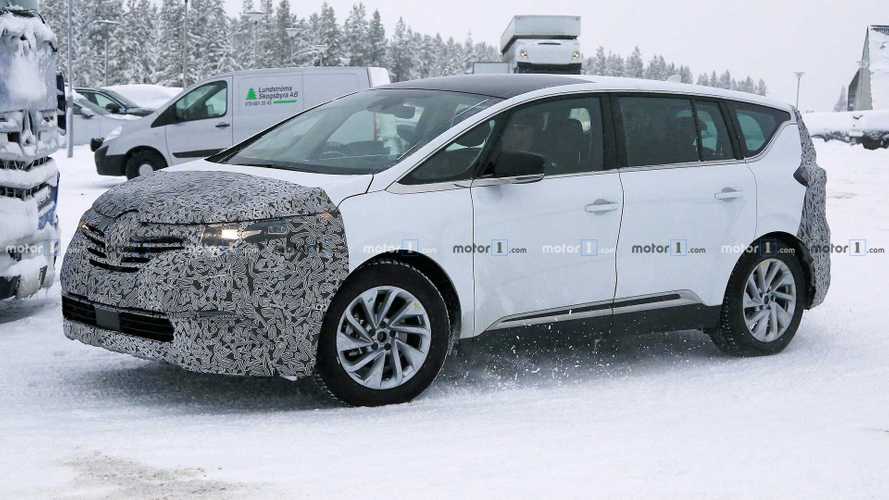 Who said the MPVs are dead?

The Espace is Renault's alternative answer to the booming SUV and crossover segment. It’s a crossover-MPV mashup of which only 458 were sold in Europe in October. That’s definitely not the number Renault wants to see and there’s a facelift coming soon that should boost the demand.

Seen here are the first spy shots of the refreshed Espace taken at Renault’s test base in northern Sweden. They confirm we will be dealing with a minor refresh which will most likely focus on the tech side of the car. Still, the exterior will get reshaped bumpers and probably new graphics for the headlights (not full LEDs on this prototype), as well as a selection of new colours and wheel designs.

The changes are expected to be even less notable inside the people-hauler where Renault will limit the revisions to just a new version of its infotainment system and maybe a couple of new trims and upholsteries. Nothing of that is confirmed though, so we will have to wait until the Espace’s debut to confirm.

In the summer of 2017, the MPV received an Alpine-sourced 1.8-liter turbocharged petrol engine with 222 bhp and 221 pound-feet of torque, which replaced the old 1.6-litre turbo. The new motor will carry on without any changes as will probably the 198-bhp diesel option. An EDC dual-clutch automatic should be standard for both engine choices.

Renault is selling the Espace on a limited number of European markets like France and Germany. Even the United Kingdom is out of the list and only gets the Scenic and Grand Scenic vans. In Germany, the prices start at €39,100 for the base model which is about £35,100 at the current exchange rates. The range-topping Initiale Paris trim kicks off at €48,800 (£43,800) which, frankly speaking, is a hefty price for an MPV from a mainstream manufacturer.