Take a closer look at the motorsport-level quality of the GT2 RS.

The Porsche 911 GT2 RS is the king of the 911s and is often considered to be a Turbo that has been turned up to 11. There are tons of videos of the GT2 RS on the internet being driven on public roads and on race tracks, but there aren’t many showing the underpinnings of the incredible machine that was once the fastest production car to lap the Nürburgring. In this video, PCA (Porsche Club of America) pays a visit to TPC Racing to get up close and personal with a 2018 GT2 RS. 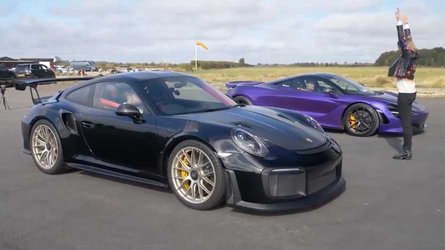 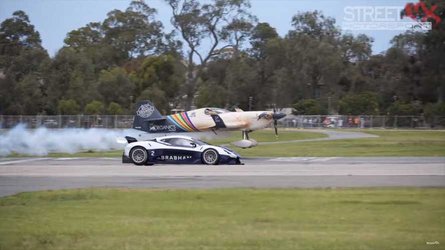 With the rear bumper cover removed you’ll get a closer look at what’s needed to remove it from the car itself. The clips and fasteners aren’t anything extraordinary, but the centre part of the bumper cover contains a carbon component that holds a certain mechanism and a few connectors in place. Going over to the rear of the car, the engine compartment is exposed, a sight not normally seen by most. When servicing a GT2 RS, the air box assembly needs to me removed to gain access to the oil filter, however TPC Racing came up with a shortcut that only requires removing one air snorkel. Porsche recommends the oil be changed after each track event driven, not the usual 10,000-mile interval.

Next, the intercooler of the GT2 is inspected and shows the attention to detail when it comes to the motorsport quality compared to the standard Turbo. In the video, you’ll see that the ducts and brackets fitted to the intercooler are made of carbon fibre. Notice the bracket part number says that it’s made in China? If it works for the Porsche GT Division, it must be okay right? The manifold is made of aluminium in comparison to the Turbo’s which is made of plastic.

Once the car is lifted, you’ll get a good look at the GT2 RS’s crazy motorsport-level suspension components. One of the first things you’ll notice are the beefy control arms and uprights. The electronic Bilstein shocks along with the large diameter springs scream racing pedigree. The most eye-catching bit of the suspension is probably the hollow carbon fibre rear sway bar. Even the end links are made of carbon as well.

There’s a reason why the GT2 RS is called a race car with number plates.