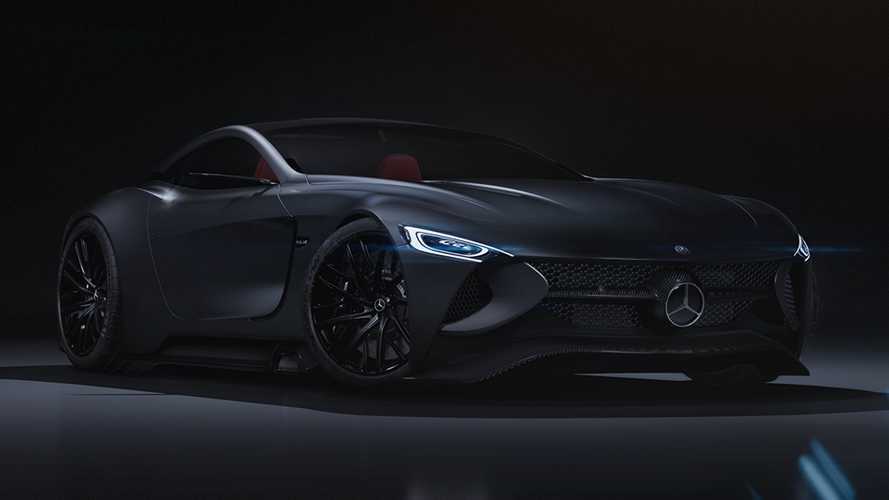 It's most likely never going to happen, but it's still stunning.

Do you still remember the Mercedes-Benz SLR McLaren? In our hearts, it remains one of the most, if not the most, beautiful and potent grand tourers of the previous decade. Developed in cooperation between Mercedes and McLaren, it was discontinued in 2010 after 2,157 units were produced. It was a nod to the legendary 300 SLR from the 1950s and was simply stunning.

These days, Mercedes is busy with many different vehicles, including hot hatches, new flagship limos, and, of course, tons of SUVs. The German manufacturer is even planning a hardcore Black Series version of the AMG GT supercar, but we haven’t heard anything about a revival of the SLR.

Well, that doesn’t mean we can’t imagine one, right? To help us with that task, designer studio Invisie, which we already featured on our pages with the amazing Mercedes C01 concept rendering, has presented a detailed virtual drawing of a new SLR. And, dare we say, it looks like a real vehicle that’s already in production.

The design takes the traditional shapes of the SLR and develops them even further. You can easily see the rear overhang is even shorter here which gives the car a menacing stance. The front end is probably a bit too busy, but still perfectly matches the overall conception of the design.

A couple of SLRs for sale:

One very interesting detail is the exhaust system which features side pipes just like the previous SLR. That’s one of the most recognisable and distinctive features of the supercar which is cleverly interpreted in this rendering.

One can only speculate what could power such a car, but, if you let us, we’d like to do it. Mercedes currently has a twin-turbo 4.0-litre V8 that’s capable of producing a lot of power and that could be a good option. If you add an electric motor to this, you’ll have an SLR that’s both faithful to its predecessors and up to date with its rivals.