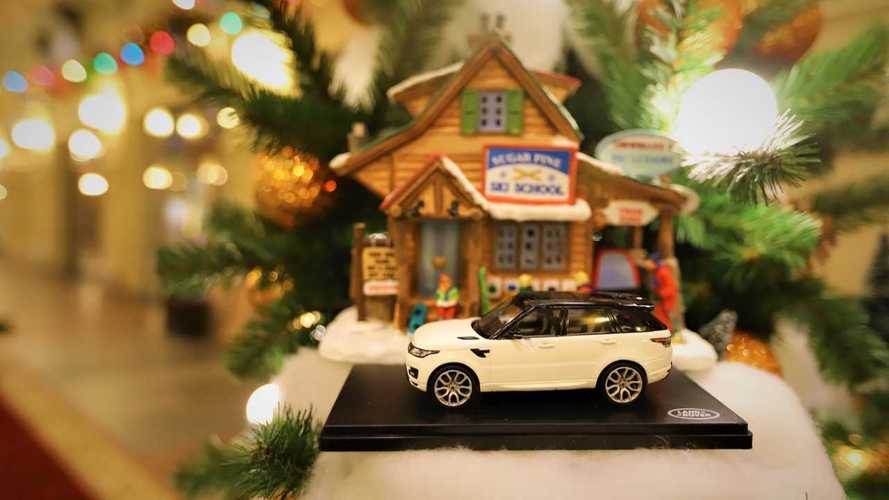 The company's idea: ​​The indispensability of a car in everyday life at any time of the year.

The future of automobiles isn't definite, but looking at the past can give you a glimpse of what lies ahead. There was a time when compact cars ruled the road due to the infamous global oil crisis. Now, SUVs and crossovers are taking over, steering or even forcing manufacturers to create their own contenders so they could get a healthy piece of the sales pie. The market has also started to take notice on EVs, brought about by several reasons involving stringent emission controls, scandals, and the apparent practicality of zero-emission cars.

As obvious as it seems, the automotive market is a wheel that keeps turning and it's only a matter of time before another trend takes over. Jaguar and Land Rover, however, see the indispensability of cars in the near future.

In the “New Year Trees in Gum on Red Square” annual event in Moscow, Russia, the British carmaker presents its interpretation of the New Year. Apparently, New Year trees are a thing in Russia, as opposed to the more popular Christmas trees. It's the main symbol of the upcoming year and considered a festivity. With this, famous brands are invited to present their interpretation through design.

Jaguar Land Rover's concept is “The city in which we live.” Along with the usual Christmas tree decorations, toy houses, vintage facades of pastry shops and shoe shops, old bakery counters and toy shop windows, and tiny cafes and small hotels populate the design. In contrast, the marque's modern lineup, like the Jaguar F-Type Coupe and the Land Rover Range Rover are parked in front of the structure, reflecting the idea of the indispensability of cars in everyday life at any time of the year. By combining the present and the past, Jaguar Land Rover showcases the importance of automobiles in our lives – in the past, present, and in the years to come.

If you want to see the Jaguar Land Rover New Years tree, the exhibit in the Gum department store will last until January 20, 2019.