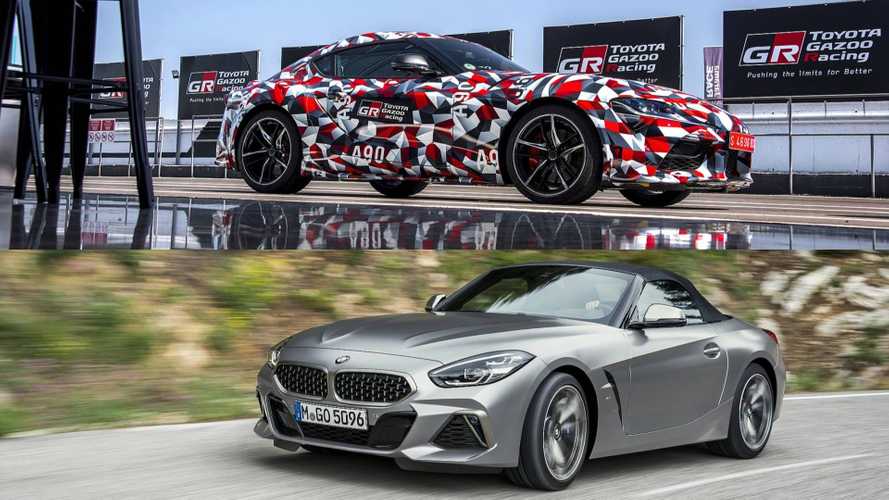 The two companies nailed down the specifics and then separated to create the specific designs.

Folks at Toyota and BMW are being very vocal about the new Supra and Z4 being very different machines, despite them sharing the same platform and powertrains. Adrian Van Hooydonk, Design Director for Bimmer, says that the collaboration essentially came down to a single conversation with his counterpart at Toyota.

"He’s Japanese and I’m Dutch, but we immediately understood each other in terms of what we want from our engineers, and in proportions. That was one conversation, that’s all it took. We immediately agreed on the hard points and what we want in terms of proportions," Van Hooydonk told Top Gear. He said that the two teams didn't reconvene until the design process was complete.

According to a previous report, the engineering teams from BMW and Toyota worked together for about two years to determine the right wheelbase, width, fuel tank location, and A-pillar placement. The crews completed this undertaking in mid-2014, and then went their separate ways.

More about the Supra:

The revied Supra will make its long-awaited debut at the North American International Auto Show in January. Several leaks make the official details seem like a foregone conclusion, though. There are a couple of BMW-sourced powertrain options including a 2.0-litre turbocharged four-cylinder and a 3.0-litre turbocharged inline-six.

Meanwhile, production of the BMW Z4 is already underway at Magna Steyr's facility in Austria.