The S-Class of SUVs looks large and in charge.

The all-new GLE is considerably bigger than the model it replaces, but for those in need of something even larger, there’s always the GLS. The fullsize luxury SUV in its second iteration has been around since the end of 2012, back when it was still called the GL, so it seems just about right that Mercedes is now putting the finishing touches on the all-new development.

Spotted enduring extremely cold climates, the S-Class of SUVs was still carrying a significant amount of camouflage and lacked the production-ready taillights. Nevertheless, seeing so many prototypes gives us a better understating of the vehicle’s sheer size, which should translate into a cavernous cabin with plenty of room for up to seven people.

Rivaling the new BMW X7, the overhauled GLS will ride on the same MHA platform as the new GLE and should feature Mercedes’ new inline-six engine along with the familiar twin-turbo 4.0-litre V8. A diesel will be available in some parts of the world, while a sporty GLS 63 with more than 600 bhp is going to arrive later in the model’s lifecycle.

In regards to styling, the heavy camo does a good job at blocking the view, but we’re expecting the GLS to look significantly different than the current model, which frankly is beginning to show its age. The fresh metal of the smaller GLE will likely have a correspondent on its bigger brother, and it should be a similar story on the inside given a batch of spy shots we’ve published in August. 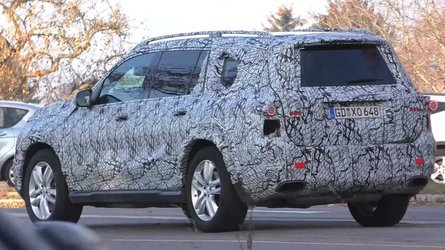 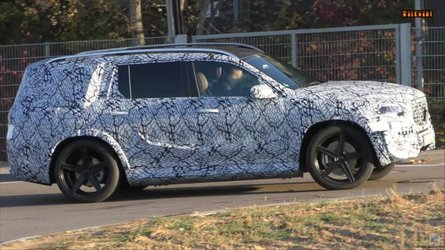 We already know for sure when Mercedes will introduce the third generation of its flagship SUV, with an official product roadmap published a few months ago revealing the revamped GLS will be introduced in 2019. Should you find the regular GLS not sumptuous enough, spy shots have shown a fancy Maybach version is in the works with all the luxury features you could possibly imagine.