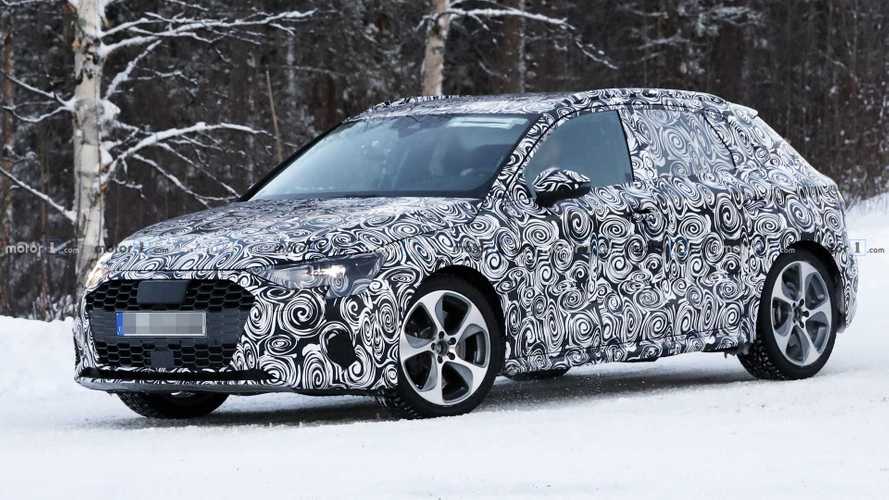 The car is nice and all, but we're more impressed by the beautiful scenery.

Less than two weeks after seeing the next-generation Audi A3 Sportback out and about, its hotter sibling has just been spotted undergoing cold weather testing somewhere in Sweden. While it doesn’t look all that different compared to the regular model, the S3 does have the typical quad exhaust tips you certainly won’t see on any of the A3 versions the Four Rings will have on sale.

While most of the attached spy shots aren’t actually showing anything we haven’t seen before, there is one image giving us the opportunity to have a first look inside the cabin. Some massive changes have been prepared by Audi taking into account the dashboard has virtually nothing in common with what you get today on an A3 / S3  / RS3 model regardless of body style.

You’ll immediately notice the dashboard is angled towards the driver for a sportier feel, and we’re sure many will be glad to hear the tablet-style infotainment system is no more. Instead, Audi has neatly incorporated the MMI’s touchscreen into the dashboard like on all next-generation models launched this year by the German automaker.

The current A3’s circular air vents are a thing of the past as its successor will switch to a wider, angular setup. We can’t figure out what’s going on below the infotainment, so it will be interesting to see whether the HVAC controls will be replaced by a second touchscreen like on the bigger Audis or if there will still be physical buttons as it’s the case with the new Q3.

One thing’s for sure – the prototype had the digital instrument cluster since the screen was completely black, without any signs of physical needles. Upon closer inspection, you’ll notice even the position of the door handles has been changed since these are now sitting lower on the door panel. With the A1 Sportback growing in size, we won’t be too surprised if it will be a similar story with its bigger brother, which in turn would have a positive impact on the amount of space available inside the cabin and trunk.

The regular Audi A3 will be launched in Europe at some point in 2019 most likely strictly in the five-door Sportback guise as rumour has it the folks from Ingolstadt won’t be doing another three-door version due to poor demand. The saloon will follow to fight the new Mercedes A-Class Saloon and quite possibly the 1 Series Saloon if BMW will decide to sell it in Europe and the U.S. The amped-up S3 versions won’t be launched sooner than 2020, though.