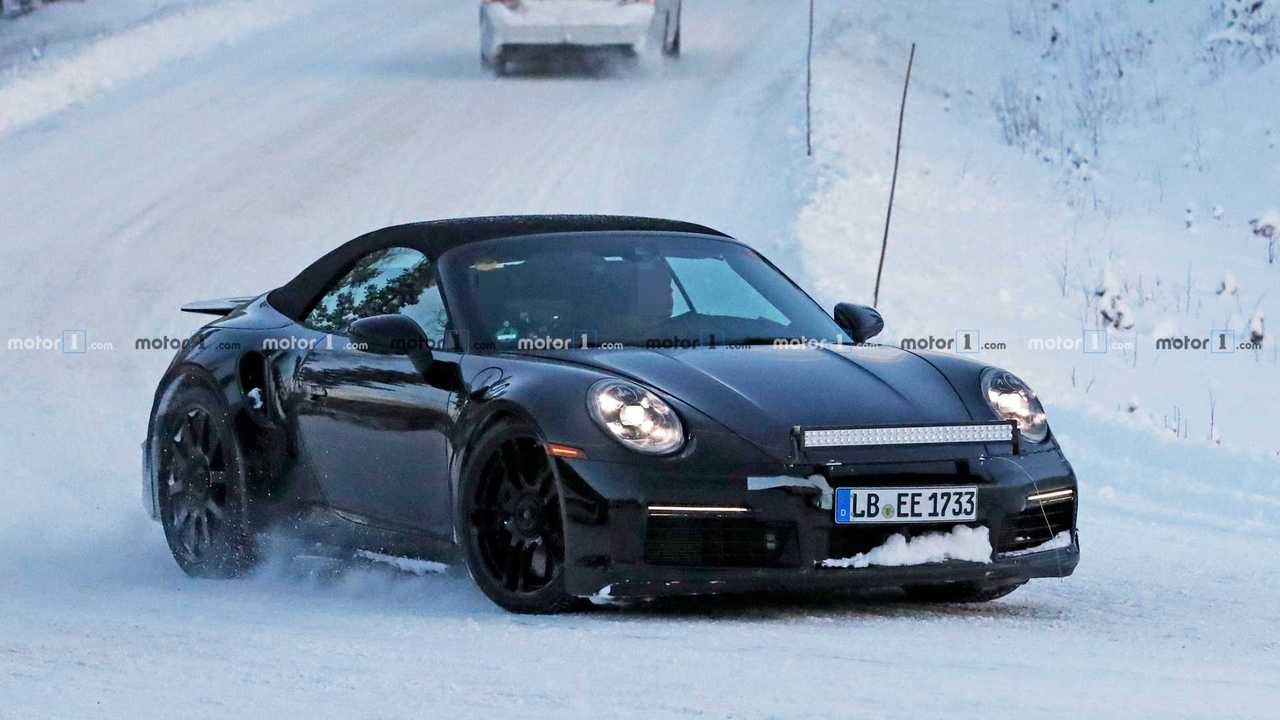 It's not the supercar's natural habitat, but it sure looks fun.

Porsche just revealed its all-new 911 Carrera last week at the 2018 Los Angeles Auto Show, which means we’re now ready to embrace all the glorious follow-up models. We’ve caught numerous 911s testing for many months now, including pre-production versions of the new Turbo Cabriolet similar to what we see here. However, this model could be the fearsome Turbo S droptop, and what better place to sample such a beast than a snow-covered back road?

Actually, our racing-tuned minds would love to tell you this is actually a 911 development car getting ready for World Rally Championship competition. The lightbar is in place, and this car is almost certainly all-wheel drive. Unfortunately, such a scenario is just the stuff of dreams, but we imagine the driver of this particular test car is enjoying no small amount of opposite-lock while guiding the 911 down the road. In fact, some of the spy photos show exactly that.

That’s especially likely considering there’s probably more than 600 horsepower hiding under the rear spoiler. The current Turbo S makes 572 bhp, and the Exclusive Series has 599 bhp. Such motivation would be a handful in dry conditions, never mind on the snow. Still, the testing must go on in all weather conditions.

With the 911 Carrera unveiled, Porsche has dialled back some of the camo tape on the Turbo tester showing more of its straight lines. That’s not to say previous test vehicles were hidden behind miles of camo wrap – exterior changes between the old and new 911 are extremely subtle, and Porsche hasn’t been particularly interested in covering things up. Still, there are some masked areas around the air intakes up front, and the rear fascia has a few key areas concealed as well.

When will the hairy-chested Turbo make its appearance? We don’t know a specific date, and it's likely we'll see the 911 Carrera Cabrio first. It could come as early as next March at the Geneva Motor Show, but we should see it before the end of 2019.