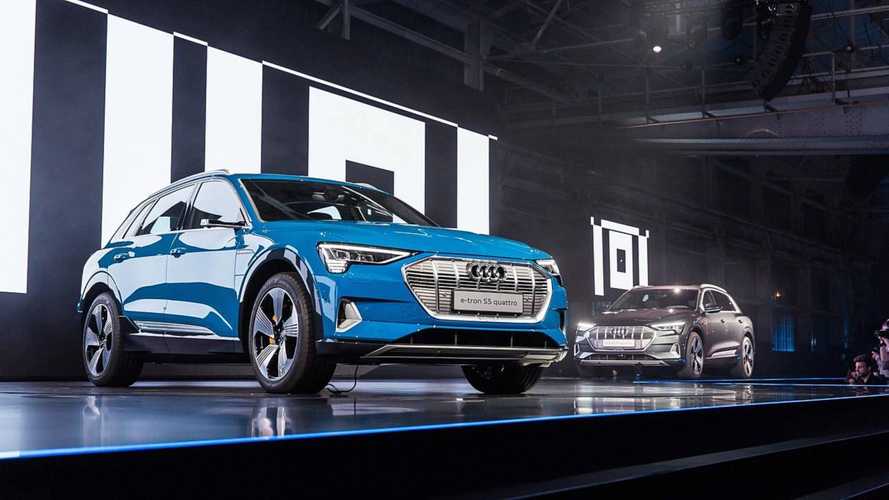 But don't expect RS badging for the performance models.

Audi finally launched its first all-electric production model recently, but the e-tron SUV won't be alone for long. In fact, Top Gear is reporting that a couple of new variants of the car could be on the way.

Thankfully, one of those new variants will be an entry-level model. So if you're an Audi fanboy/girl who wants to go electric, you won't have to fork out £70,805 for the standard edition of the e-tron.

More on the e-tron SUV

That lower-cost version is set to arrive next year, but other than that, details are scarce. It'll likely have reduced range and performance to bring to price down, but will keep a twin-motor powertrain. The regular e-tron is powered by a 95 kWh battery putting out 402 bhp, with a range of 248 miles on a single charge and a top speed of 124 mph. The battery is chargeable at fast charging stations with direct current (DC) at up to 150 kW, which is a first for a production car, and can be topped up to 80 percent of its capacity in just 30 minutes.

The mooted performance e-tron, which isn't expected to wear RS badging unlike the brand's other hotter offerings, will arrive later – possibly by 2020 – and will rival the Tesla Model X P100D.

Top Gear's report reveals that the fast e-tron's drivetrain will be a three motor configuration, featuring a pair of motors at the rear and a single one at the front, with a rumoured power output of around 640bhp. The setup will help Audi better the regular e-tron's 0-62 time of 5.7 seconds which doesn't compare well to the fastest Tesla Model X or even the Jaguar I-Pace.

Before both of those Audi will be launching a coupe-like e-tron Sportback crossover.