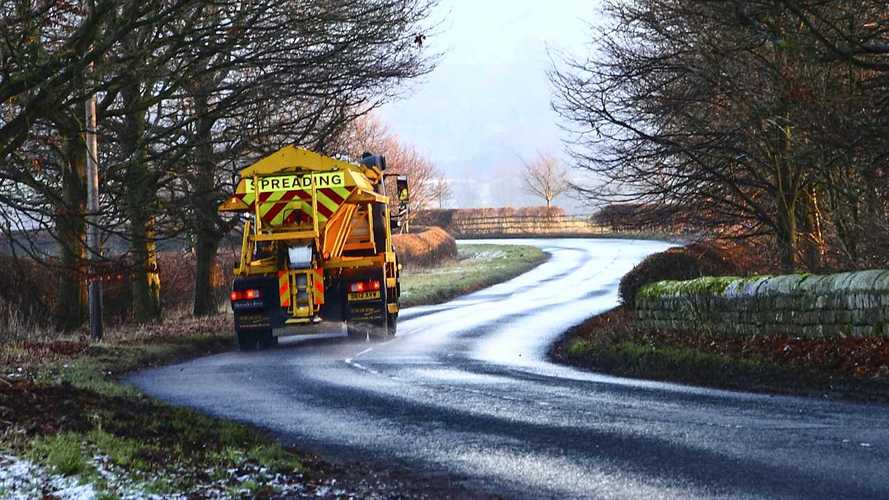 Councils have 1.4 tonnes of salt ready to go.

The government is already stockpiling road salt in case the harsh winter conditions seen earlier this year return at the beginning of 2019.

According to the Local Government Association (LGA), which represents 415 local authorities across England and Wales, councils have put aside 1.4 million tonnes of salt.

Get ready for winter:

Highways gears up for wild winter with fleet of new gritters

Get ready for winter with these helpful tips

The LGA’s Winter Readiness Survey found that 94 percent of councils have stockpiled either the same amount of salt as last year, or even more.

However, if a local authority needs to dip into the DfT’s stockpile, it will cost £65 per tonne plus VAT.

To cope with what the LGA calls “ongoing funding pressures”, more than half of councils (55 percent) have said they will share salt rocks, while almost a third (30 percent) say they will share gritting machinery, despite each council having an average of nine full-size gritters.

However, one in five councils (22 percent) say they will team up with other authorities to send staff to the locations that are most in need of resources.

Cllr Martin Tett, the LGA’s Transport spokesman, said local government was making thorough preparations in order to minimise disruption and protect the public over the winter months, despite “limited resources”.

“Councils are well prepared for the onset of winter and the sharp drop in temperatures, with an abundance of salt stockpiled,” he said.

“Winter preparation is a key priority for councils, despite ongoing funding pressures and competing demands on their limited resources. Across the country, local authorities have again risen to the challenge and already put measures in place to protect their residents from floods, ice, and wintry conditions.

“Councils are constantly monitoring the weather, with up-to-the-minute reports to stay one step ahead. Depots are filled with 1.4 million tonnes of salt and gritters are ready to be deployed instantly to make sure our local roads are clear and open to our residents where possible.

“As always, council teams will also spend the winter months checking in on elderly and vulnerable residents to make sure they are well and coping, and we encourage communities to spare a bit of time looking out for each other. This could be a simple knock at the door to check on an elderly neighbour, or helping to carry out emergency repairs, because everyone has a role to play to keep each other safe this winter.”