Lexus is offering many details yet, but spy shots hint to expect something wild.

Lexus will debut the RC F Track Edition at the North American International Auto Show in Detroit, Michigan, in January. The automaker won't tell us much more than that at the moment, though. Thankfully, spy shots provide a few more details about what to expect.

The photos (above) indicate that Lexus has a very aggressive looking vehicle on the way. The most eye-catching addition is the carbon fibre bonnet that features a relatively small vent in the centre. A revised front fascia boasts a big splitter and larger corner inlets than the existing RC F. In profile, the ride height appears significantly lower, and the coupe rides on meatier tyres. A large, fixed wing adorns the boot lid, and the rear bumper's unfinished appearance on this test mule indicates big changes might be on the way back there. The overall styling is reminiscent of the RC F GT3 race car. 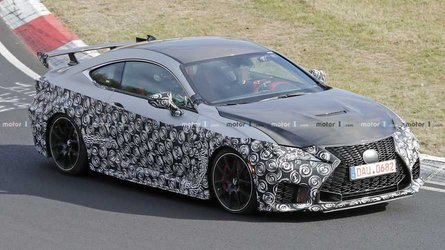 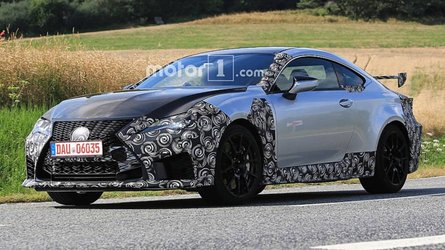 The vented bonnet and larger intakes hint at the possibility of major powertrain tweaks. There might be a hotter version of the existing 5.0-litre V8 in the engine bay. The current version in the RC F makes 467 bhp and 389 pound-feet of torque. The version of this mill in the LC 500 produces 471 bhp and 398 lb-ft, so there's at least some room to boost the powerplant's output.

Judging from the photos, Lexus also gives the Track Edition an overhauled suspension for handling a circuit. Cross-drilled brake discs and big callipers are visible behind the V-spoke wheels, so stopping the hotter RC F should happen rapidly.