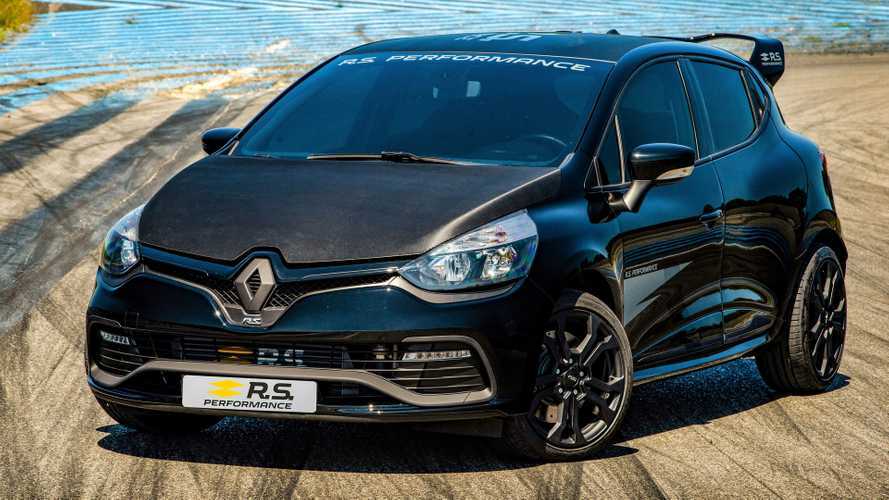 The motorsport-derived RS Performance goodies are debuting on the Clio RS, but the Megane RS will also get similar upgrades.

Hot hatch fans were disappointed when Renault axed plans to come out with a production version of the Clio RS16 concept. Silver lining? There’s now a complete body kit available and it takes after the concept, but you’d better hurry up as only 250 will ever be offered. It is part of the new RS Performance product line that combines style parts with performance components.

The more aggressive body kit can be complemented by a set of Turini alloy wheels finished in either Brilliant Black or Red. If you would rather have some actual hardware upgrades rather than these cosmetic tweaks, you’ll be happy to hear Renault is offering carbon fibre bucket seats and an anti-sway strut bar. On-track performance can be enhanced with the addition of high-performance brakes and a special suspension setup.

These extras are derived from the exciting world of motorsport and are debuting on the Clio RS, which is on its way out considering the all-new Clio debut is scheduled to take place in the coming months. RS Performance parts will gradually be launched on the Megane RS as well. Those willing to go all out can opt for workshop products including everything from a tool trolley to a garage jack, while a torque wrench is also in the offing. In addition, Renault Sport will sell you a tilting lift and even a limited-edition spray gun.

You won’t be finding the Clio RS16’s Megane-sourced engine on the list of upgrades, but these RS Performance parts do a good job at spicing up the hot hatch. There is a glimmer of hope for a Megane-engined Clio RS as the new supermini could feature the turbocharged 1.8-litre unit you’ll also find in the Alpine A110. We’ll have to wait to see about that, but hopefully, it will finally happen.