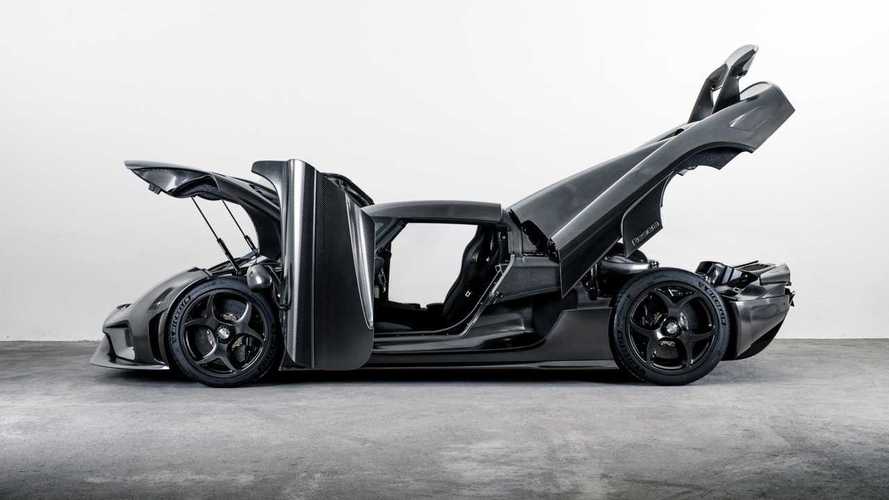 Automotive nudity at its finest.

If you’ve been keeping a close eye on Koenigsegg, you might remember our series of articles from last year about multiple flavours of the Regera imagined by company employees. The reason why we’re bringing this up is that one of the designs, created by the automaker’s Facility Manager, had a finish very close to this “naked” Regera.

The difference between the two is this Regera actually exists in the real world, having been delivered recently to its rightful owner in Switzerland. Koenigsegg says it’s the very first car in the world to be finished completely in Koenigsegg Naked Carbon. KNC does not include any lacquer at all, nor does it have any varnish or any other type of coating on top of the carbon fibre surface. In other words, this is pure carbon fibre as even the thin layer of epoxy you’ll find on carbon fibre-bodied cars has been removed by hand polishing, which we can only imagine must have been a laborious process.

Not only does this finish (or better said, the lack of one) makes the car look absolutely stunning, but it also pays dividends in terms of weight since it’s about 20 kilograms lighter than a regular painted Regera. Not only that, but there’s another benefit as the Swedish marque mentions the naked body is less vulnerable to scratches, so it’s a win-win situation.

Koenigsegg explains the sensuous body of its hypercar is cold to touch since it is pure carbon that you’re touching and not the usual insulating epoxy or lacquer layer applied over the carbon on other high-end automobiles. The time-consuming task of sanding and polishing the carbon fiber body to achieve a raw finish leaves very little room for errors as one small mistake can ruin the entire body panel.

This Darth Vader-approved example is one of the 80 Regeras planned for production. The hypercar reached sold-out status way back in June 2017, but building these automotive gems takes time.