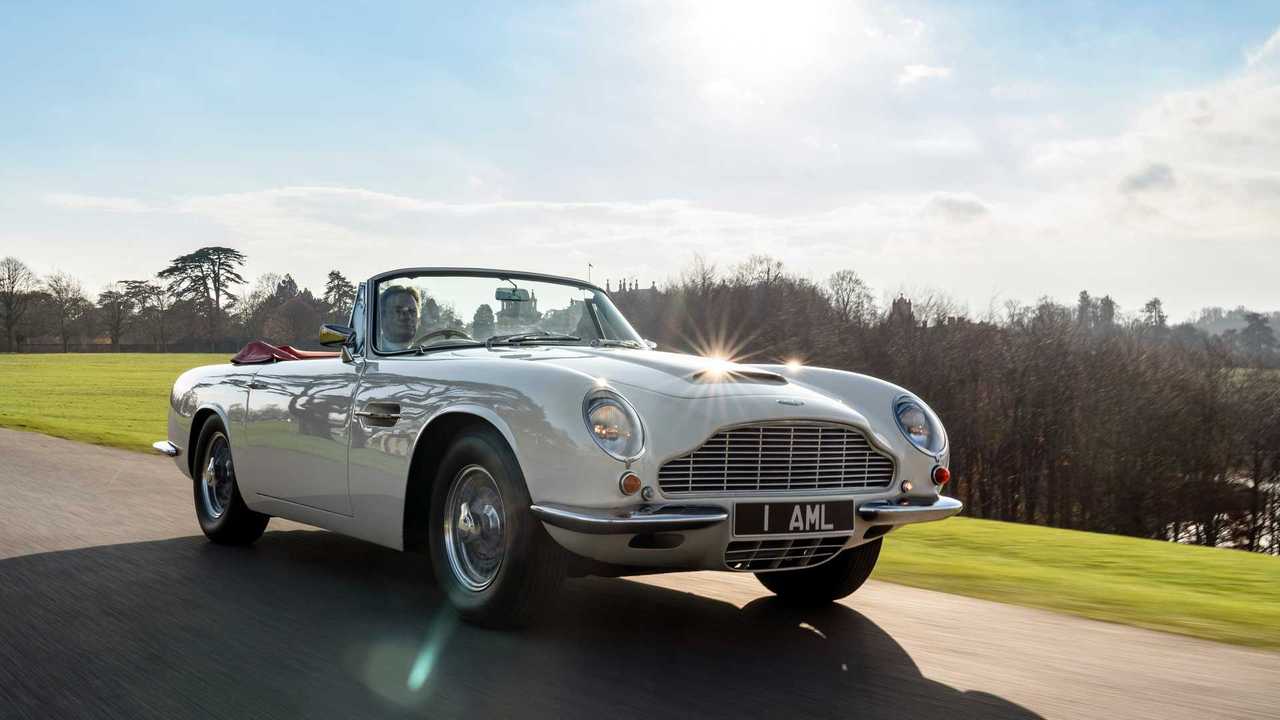 The electric conversion will revive classics.

Aston Martin has jumped on the restomodding gravy train by introducing an electric conversion for its legendary DB6. What's more, the conversion is the world's first reversible EV powertrain conversion.

The back to the future modification is said to be an integral part of the company’s wider EV strategy, and has been led by Aston Martin Works at Newport Pagnell. It has been developed around a so-called 'cassette' EV powertrain which is intended to work around any future legislation that could outlaw traditionally-powered classic cars.

The conversion has been made using lessons learned during the development of the all-electric Rapide E and the planning of the upcoming range of Lagonda-badged electric vehicles and includes key components from both applications.

The 1970 DB6 MkII Volante that has been worked on has the 'cassette' enclosed within its own self-contained cell on the original engine and gearbox mountings. Umbilical cords from the power unit then feeds electrical systems and power management is operated via a dedicated screen, which is discreetly fitted to the car’s interior.

It future-proofs the car and keeps it environmentally and socially friendly, while also being sympathetic to the car's original character. What's more,t he car's original drivetrain can still be fitted and used fully should the owner desire.

"We are very aware of the environmental and social pressures that threaten to restrict the use of classic cars in the years to come," said Andy Palmer, Aston Martin Lagonda President and Group Chief Executive Officer. "Our Second Century Plan not only encompasses our new and future models, but also protects our treasured heritage. I believe this not only makes Aston Martin unique, but a truly forward-thinking leader in this field."

"We have been looking for some time to find a way of protecting our customers’ long-term enjoyment of their cars," said Paul Spires, President Aston Martin Works. "Driving a classic Aston Martin on pure EV power is a unique experience and one that will no doubt be extremely attractive to many owners, especially those who live in city centres. We also foresee collectors adding another dimension to their collection by commissioning EV-converted heritage cars."