What happens if you replace tyres with 3,000 nails?

The reason a person can lie down on a bed of nails without being hurt is that the body's weight is spread across the numerous points so that none of them have to support all of the pressure. A new video shows that the same theory can apply to your car's wheels, at least temporarily. 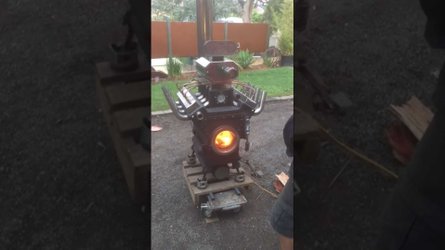 This V8 engine has been brilliantly re-purposed as fireplace
⠀ 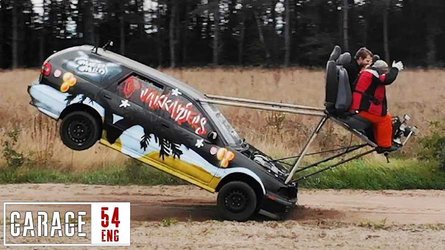 Volvo V40 with outboard seats is as crazy as Mr. Bean

This weird idea comes from Russia because the frigid temperatures there force folks there to keep themselves entertained in the garage. Starting with a basic set of steel wheels, the team wraps metal around the tyre-mounting surface and then welds nails all the way around them. The result is a little wobbly, but it works.

On a snowy stretch of tarmac, the nails function pretty well. They can handle the car's weight and still put the power down at low speeds. After proving the concept, the Russians start pushing the limits, and this is where things start to fall apart. For example, an effort to take the car off-road ends abruptly when the saloon sinks into the snow, and the nails clearly wouldn’t provide the necessary traction there.

At this point, things start going even worse. Using more throttle causes the long nails to bend and eventually to collapse. The experiment comes to an end when there's so much damage that the car can no longer move forward.

For a way to waste time in the winter, these guys came up with a neat, inexpensive idea and were even able to monetise it on YouTube to make a few extra rubles. Don't expect a bunch of nails to replace your snow tyres anytime soon, though.