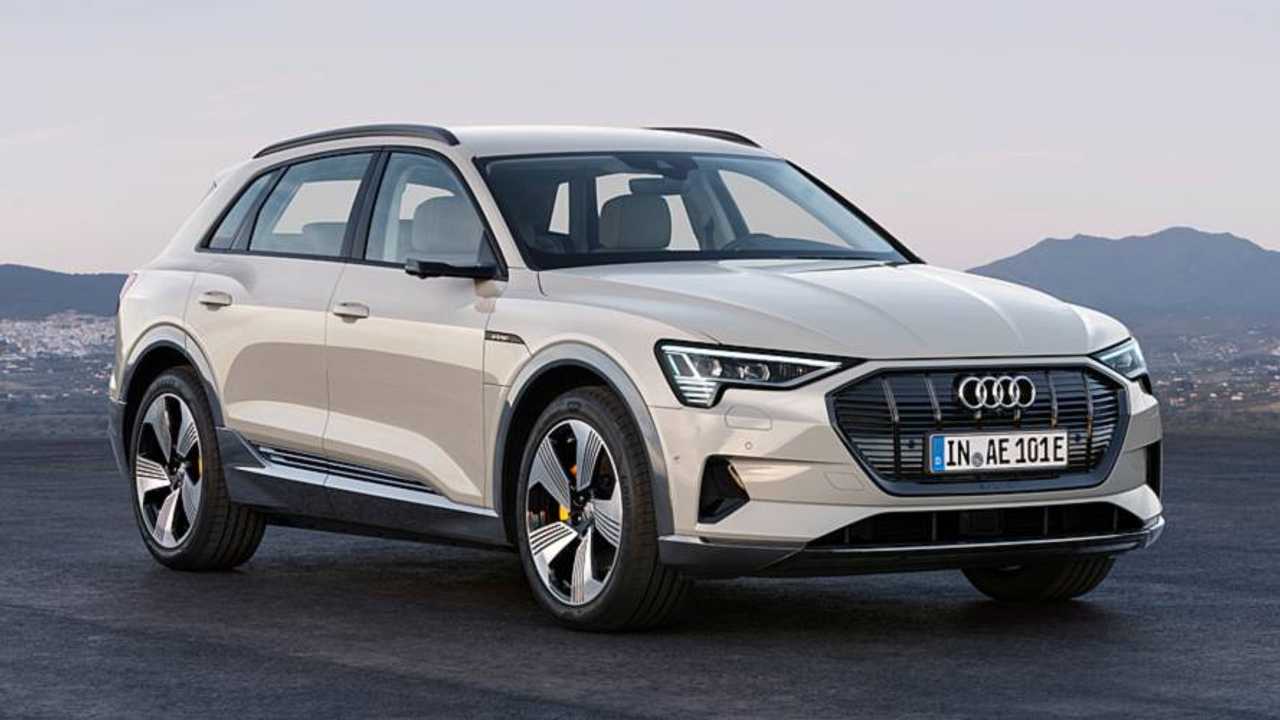 Top-spec model gets a host of extra gizmos.

Audi has announced a high-specification version of its new e-tron electric SUV ahead of the model’s launch next year.

The range-topping Launch Edition variant will set customers back £82,240 and essentially constitutes the pinnacle of e-tron specification, offering a range of extras that would normally be optional.

For example, the Launch Edition will swap the standard £71,490 e-tron’s 20-inch alloys with 21-inch rims, while the standard car’s LED headlights are upgraded to intelligent LED Matrix lights, which dip the beam in the direction of oncoming traffic, but leave the rest of the light area with full illumination.

The Launch Edition is also marked out by black trim around the grille and the side windows, as well as privacy glass and a panoramic glass sunroof.

The highlight, however, is the replacement of the normal car’s door mirrors with narrow camera stalks, which display the image they see on small OLED displays in the cabin. The mirrors reduce the width of the car by 15 centimetres (six inches), and Audi says poor-weather visibility is ensured by a camera heating system that automatically detects dirt and moisture.

The cameras will also modify the brightness of their images to suit the conditions, such as the interior of a tunnel, and they can adapt their view to suit motorways, urban roads and parking situations.

Inside, the Launch Edition car gets upgraded leather upholstery and a top-spec Virtual Cockpit Plus system, which constitutes a digital instrument display that replaces conventional dials.

Other extras fitted to the Launch Edition include electric steering wheel adjustment and a 360-degree manoeuvring camera that gives the driver a bird’s-eye top-down view of the car and its surroundings.

In addition to the Launch Edition, Audi will also offer customers who have taken advantage of a limited-edition Edition 1 model, of which just 30 will be built. Like the Launch Edition car, it gets an upgraded specification, with a glass sunroof, four-zone climate control and a Bang & Olufsen Premium sound system.

But despite the extras fitted to these range-topping e-trons, they get the same twin-motor electric powertrain as the standard car. With a 95 kWh battery and a total output of 402 bhp, the e-tron is capable of managing 248 miles on a single charge and accelerating from a standstill to 62 mph in 5.7 seconds, while the top speed is 124 mph.