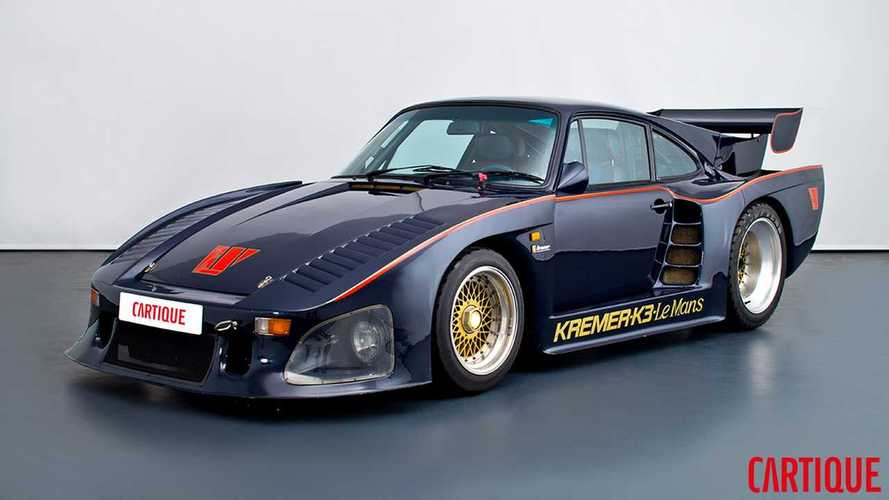 Porsche revived the iconic 935 race car and is planning to build just 77 examples of its successor. Unfortunately, all these cars will be only for track use unless someone decides to transform his car into a road-legal beast but that’s highly unlikely. If you want a 935 for the street, you’ll have to look back to the original race car.

And the vehicle you see at the top and in the attached gallery might be the one you are looking for as it is actually for sale. This is a super rare, one-off, street-legal 935 built by Germany’s Kremer Racing for the Formula 1 legend Walter Wolf. Put simply, this is a true Le Mans race car for legal road use. In fact, it is about 98 percent identical to the 935 K3 car which won Le Mans in 1979.

Under the race suit is hiding a 2.85-litre twin-turbo six-cylinder engine with two sparks for each cylinder. In this configuration, the motor is slightly detuned compared to the race car and delivers somewhere in the region of 740 bhp at 8,000 rpm sent to the wheels through a four-speed gearbox with the same gear ratios as the car that won Le Mans. The bodywork is made entirely from Kevlar panels and the car rides on handmade Goodyear tyres.

Porsche Transporter Concept is the only way to move your 935

One interesting fact about the development of the vehicle is that Kremer Racing refused to fulfill one of Wolf’s wishes. He wanted to have a second air conditioner for the passenger side of the cabin, but he was told that’s not possible from a technical point of view and it would be better to simply wear a polo shirt while driving in the summer.