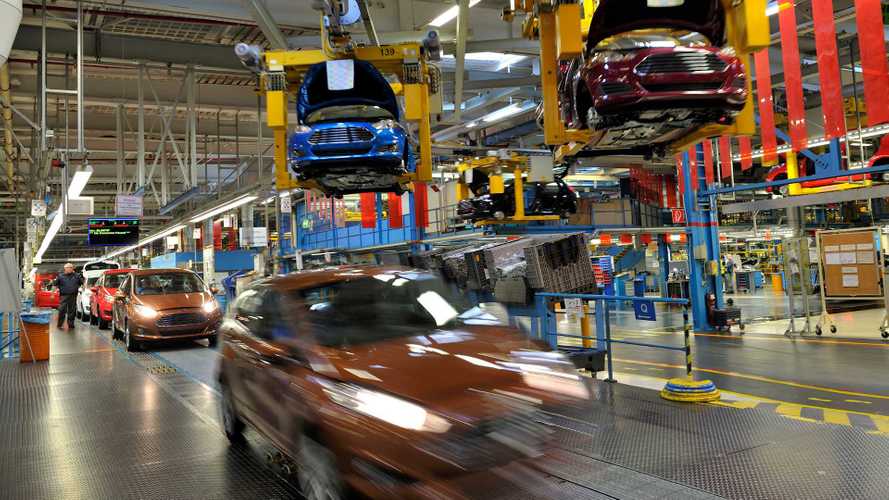 That would be more than GM's sizable downsizing effort.

Are dark times ahead for automakers? We’ve already heard about woes from Ford resulting in layoffs, but a new report from Bloomberg News suggests things could get worse, especially for Blue Oval staff overseas. Exactly how worse is pure speculation at this point, but predictions say 25,000 jobs could end up on the cutting room floor when all is said and done.

Ford in the news:

Ford wants to get rid of new car smell

Specifically, Bloomberg News points to Adam Jonas, an analyst with Morgan Stanley who issued the prediction. It’s thought that a good portion of the cuts will happen in Europe, but U.S. jobs would almost certainly be affected as well.

“We estimate a large portion of Ford’s restructuring actions will be focused on Ford Europe, a business we currently value at negative $7 billion,” said Jonas, according to Bloomberg News. “But we also expect a significant restructuring effort in North America, involving significant numbers of both salaried and hourly UAW and CAW workers.”

Additionally, the report cites a Ford spokesperson as saying the company’s salaried workforce was informed of unspecified job losses coming by the middle of 2019. Currently, Ford employs approximately 70,000 people on salary, so even if the job loss prediction is remotely close to 25,000, we’re talking about one-third of Ford’s salary staff.

In its most recent sales report posted today, Ford total vehicle sales were down 6.9 percent in November compared to the same period last year. Ford's total sales for the entire year are down 2.9 percent.

This prediction comes on the heels of massive layoffs at General Motors, despite the company posting a healthy $2.5 billion profit for the third quarter of 2018. Following a round of buyouts, GM announced last week that it was cutting 15 percent of its workforce, including a 25 percent cut on executive positions. In October, Ford pointed to tariffs resulting from President Trump’s trade war as a catalyst for losing $1 billion in profit. The company is also exploring a possible partnership with Volkswagen, having signed a Memorandum of Understanding for co-developing commercial vehicles and possibly other initiatives back in October as well.

The quick rise of electric power and autonomous technology is certainly part of the drastically changing automotive landscape at the moment, and Ford has been playing catch-up in that realm for some time now. Political uncertainty could also play a part, but one thing seems certain: Detroit’s automakers are apparently preparing for some very tough times in the near future.

Things in Detroit could get worse: