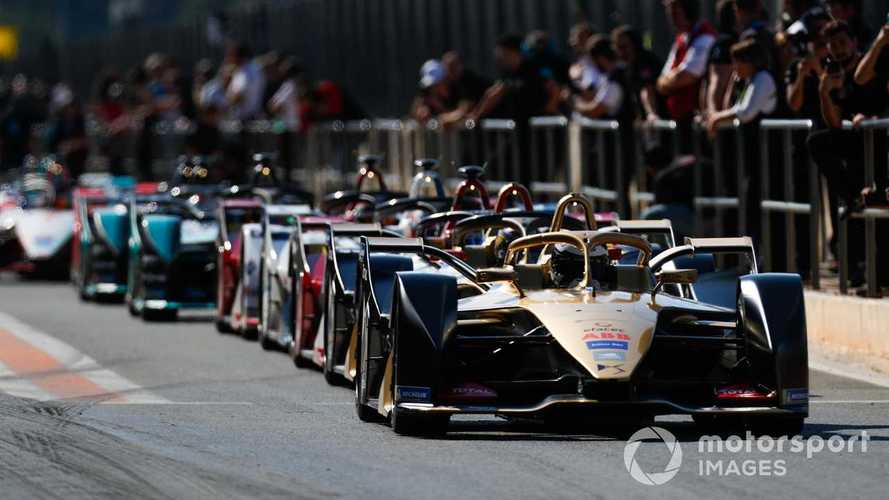 Alejandro Agag says ABB FIA Formula E has a “little plan” to bring the electric championship back to Britain in co-operation with Motorsport UK.

Agag teased attendees at the 2018 Autosport Awards last weekend that he would be having a “secret meeting” with Motorsport UK chairman David Richards on Monday morning.

When asked about the nature of the meeting, Agag confirmed that is was related to “bringing a race back to the UK”.

“It is not easy – we are looking at different options,” Agag told Motorsport.com. “London would be of course a really strong option, but we are open to Birmingham, Manchester – other cities in the UK.

“We are going to be working with [Motorsport UK] to see if we can make that can happen and we have a little plan that we’ve agreed, David Richards and I, steps to see if we can do it. It is not easy, but we are working together for it.

“First [we have] to find the right space; we have people in London and other places looking.

“In London we are combing the city, looking at every single street – [in] every single corner we want to analyse the possibility of a race.

“When we have that feasibility of the different areas, then we will take the next step but the first is to identify the places where we can host the race in London.”

Agag explained that FE is evaluating other possible UK race locations in addition to London “at the same time”.

FE last raced in the UK at the end of its second season in 2015/16, where Nico Prost won both London E-Prix races at the Battersea Park circuit.

The series agreed not to return to the track after that event despite having an agreement for further races in the face of opposition from local residents.

Agag also said he has “no idea” if the outcome of the UK’s current Brexit negotiations could threaten FE returning to the country.

“[That’s] because we have no idea what the outcome of Brexit will be,” he said. “It could jeopardise, it could help, it could be neutral – anything could happen now, we are in a complete unknown.

“We hope the deal with the European Union happens, I think that would be good for everybody.”

An Auckland-based consortium recently launched a bid to bring FE to New Zealand and Agag confirmed that the series was speaking to the organisation as well as “Russia, Brazil – and Korea is going to happen”.

If FE were to return to Russia for the first time since the sole Moscow E-Prix, which took place in 2015, the race would take place in St Petersburg and discussions over the event are taking place with the promoter of the Russian Grand Prix.

“So, we talking to the promoter of Formula 1 in Sochi and they would like to be the promoter with us in Saint Petersburg and we would really like that.”