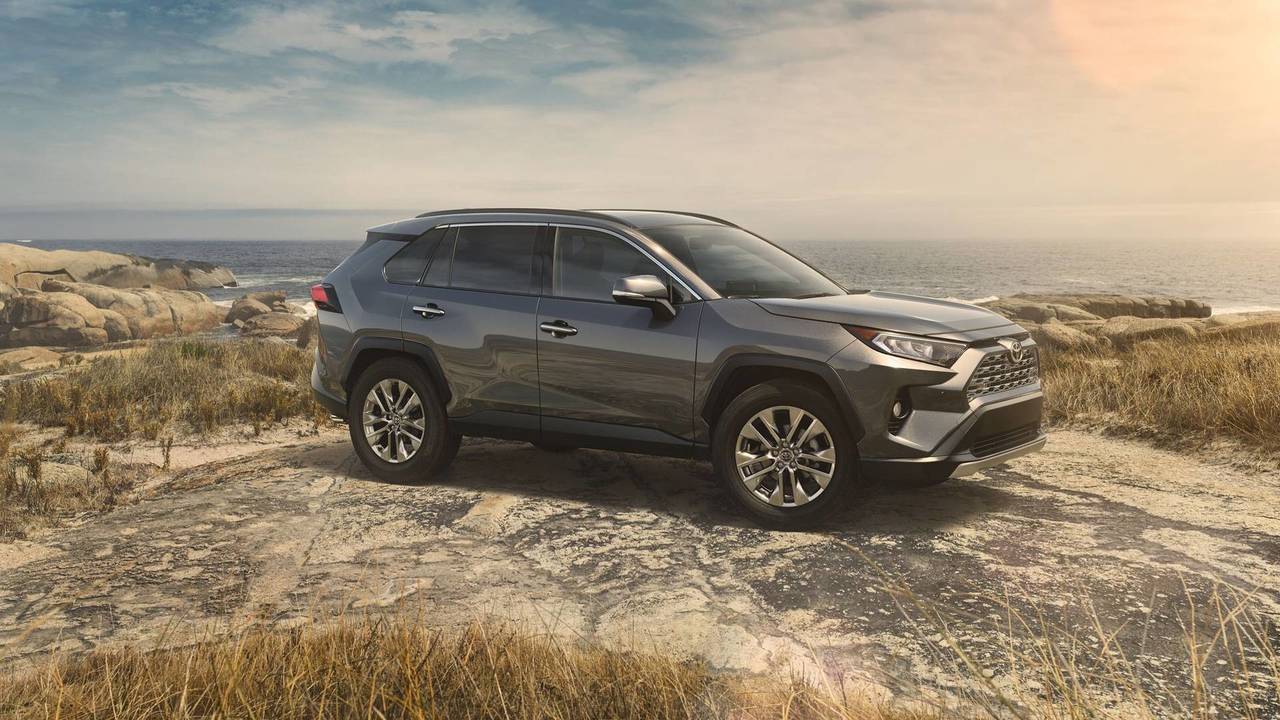 The first customer deliveries will commence in April.

The new hybrid-powered Toyota RAV4 is now available to pre-order at Toyota dealers, with prices starting from just under £30,000.

Powered solely by a hybrid powertrain, the new mid-size SUV will compete with the likes of the Nissan Qashqai and Hyundai Tucson.

The basic Icon model will start at £29,635, for which you get 17-inch alloy wheels, a rear-view camera and automatic lights and wipers. You get rear parking sensors, too, as well as an eight-inch colour touchscreen.

If you have an extra £1,555 to spend, though, you can upgrade to the £31,190 Design model, which adds to the Icon’s equipment with larger 18-inch alloy wheels, keyless entry and a power-opening tailgate, plus front parking sensors.

Climbing the range still further brings you to the £33,610 Excel variant, which offers upgrades such as leather upholstery and a heated steering wheel. It also gets power adjustment for the driving seat, and a memory function that allows the seat to ‘remember’ a set position that the driver can return to if the seat has been moved.

Topping the RAV4 range off is the Dynamic version, which costs a heady £34,400, but comes as standard with all the goodies included in the Excel’s kit list, as well as a few sporty extras. Black wheels are added, as well as black interior headlining and two-tone paint. You get sports seats, too.

No matter which version you choose, though, the engine will be the same. It’s a 2.5-litre petrol unit that works with an electric motor to deliver low-emission motoring at low speeds, while the power is fed to the wheels via a CVT automatic gearbox.

You will get the choice of two- or four-wheel drive, and strangely, the four-wheel-drive version is marginally more powerful. The basic two-wheel-drive car produces 215 bhp, while its all-paw sibling manages 219 bhp. According to Toyota, though, the two-wheel-drive car is more efficient, with slightly lower carbon dioxide emissions.

The two-wheel-drive car is also the cheaper of the two, with the four-wheel-drive version commanding a £2,240 premium over its sibling. And because the basic Icon version is only available with two-wheel drive, the cheapest 4x4 variant is the £33,430 Design AWD model.

Every variant of the RAV4 comes with Toyota’s Safety Sense suite of safety gadgets, though, with even basic versions getting an autonomous braking system that can detect cars or pedestrians and brake automatically if the driver does not take avoiding action.

The RAV4 also gets lane departure warning as standard, with the car telling the driver if he or she is drifting across the white line, while adaptive cruise control is also included. This system uses sensors to maintain a safe distance to the vehicle in front and matching it for speed right up to the pre-selected speed chosen by the driver.

The new RAV4 will land in Toyota dealers in February, with two-wheel-drive cars arriving with customers in April and four-wheel-drive variants turning up in May.