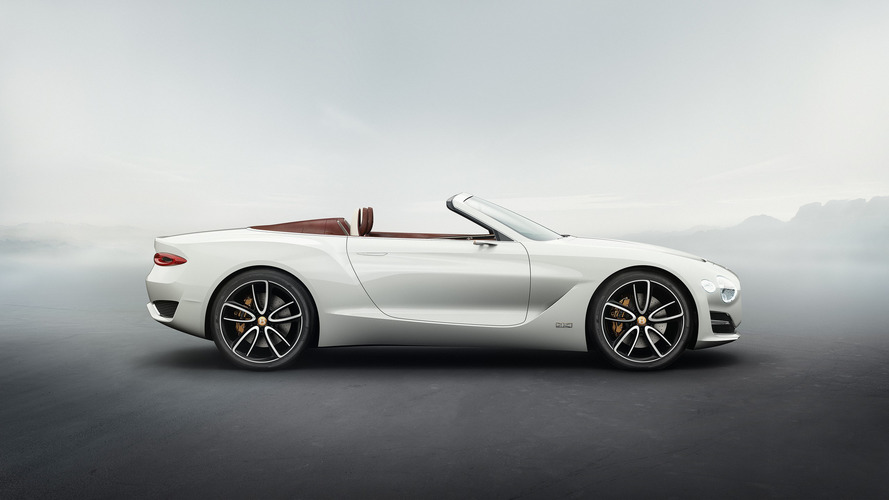 The company's CEO has once again ruled out an electric sports car.

Bentley is holding off producing its own all-electric car until battery technology improves, according to the British brand's CEO Andrian Hallmark.

The company was expected to follow Volkswagen stablemate Porsche into the EV arena using the same platform and technology as Stuttgart's upcoming Taycan. The Taycan will arrive next year, but Bentley's first EV may be a little while longer while it waits for battery cell power density to get better.

"The problem is when you get to our segment with the size of our vehicles and the frontal area we push through, current battery power density limits the size of the car you can offer with credible driving range," Hallmark told Automotive News Europe.

"There is nothing industrialised in the supply chain before then," he said.

Bentley's all-electric car, when it eventually does arrive, will be aimed at those that are rich, but don't yet own a luxury car.

"An electric vehicle is even more appealing to them than to our customers," he said, adding that 40 percent of Bentley's current customer base have expressed an interest in electric cars.

Despite showing the all-electric EXP 12 Speed 6e sports car (pictured) at the Geneva motor show last year, Hallmark has said that Bentley's first electric car won't be a sports car because there are already enough in Volkswagen's portfolio. The German company owns Bentley, as well as Porsche, Audi, Lamborghini, and Bugatti.

Hallmark wouldn't reveal what kind of car the electric Bentley would be instead of a sports car, but did say it would 'redefine grand touring'.

Whatever it turns out to be, it will be based on an Audi/Porsche platform, and it will bare some resemblance to the Taycan, at least mechanically.