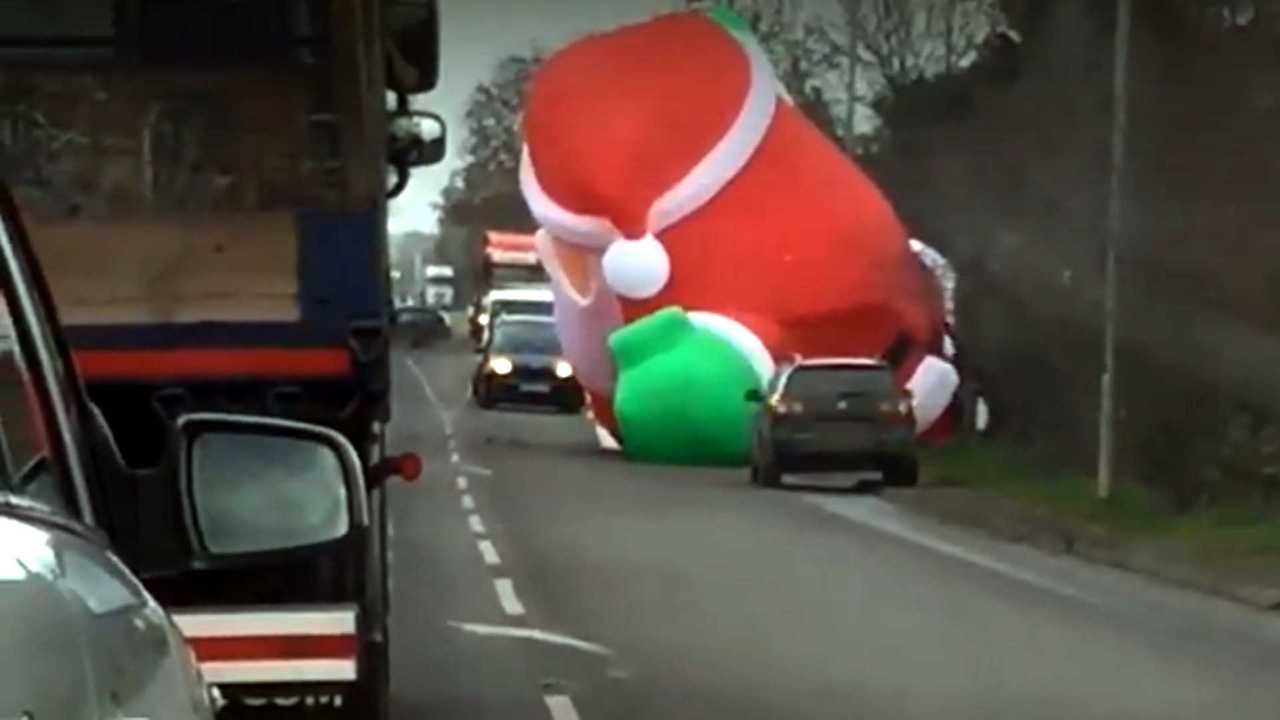 Not your usual Christmas hold up.

Christmas – a time where the roads are all blocked because everyone is out doing their Christmas shopping. While frustrating, it is normal.

What isn't normal is the roads being blocked because of a giant Father Christmas.

Drivers get a dose of karma after illegally passing traffic

That's what happened in Wisbech, Cambridgeshire, after a 'large' inflatable Santa broke free and floated into the path of traffic, causing hours of delays.

One taxi driver posted a video to Facebook showing the comical incident, and saw the blow-up being snap from its moorings and drift away from the house it was tied to, but managed to see the funny side.

"It was one of the more unusual reasons to be stuck in traffic," Muhammad Faree told the BBC. "I saw it wobble and then come down on to the road – it did raise a smile."

"It was massive, bigger than my seven-seater car," adding that he saw two men wrestle with the giant inflatable to get it off the road.

The incident happened at 1:30 PM, but it wasn't until 5:00 PM, in the midst of rush hour, that the road was cleared. We don't know what happened afterwards, nor do we know whether the owners were punished at all, but what is certain is that Sata won't be holding up the traffic any more.

"Partially blocked and slow traffic due to a large inflatable Santa on road on B198 Cromwell Road both ways in Wisbech," read a funny AA traffic alert on the day of the incident.