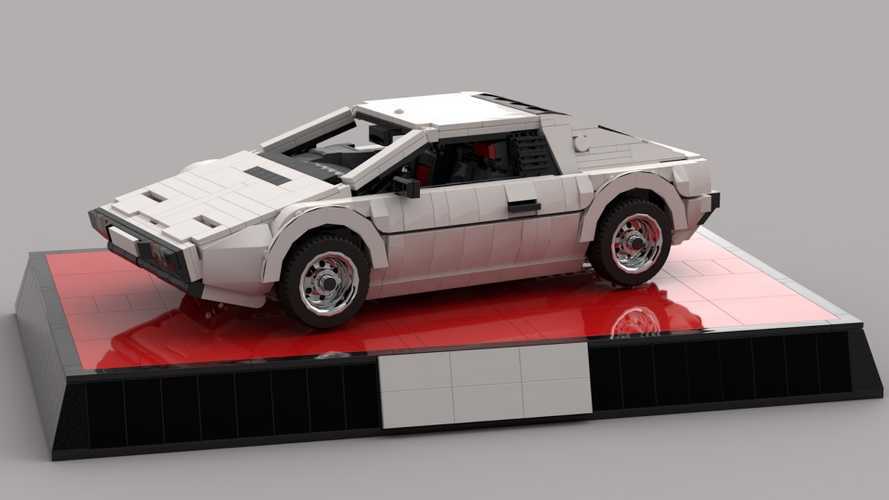 James Bond would be proud of this Lego project.

James Bond movies have been synonymous with great cars, aptly matched with the franchise's badassery. From Aston Martins to Rolls-Royces to even Land Rovers, the world's most famous spy has a taste for cars that's as exquisite as his taste for women.

One of Agent 007's most popular vehicle choice is the Lotus Esprit S1 dubbed as "Wet Nellie." So much so, that it even made an appearance at Jay Leno's Garage.

The Wet Nellie got its name from its capability to turn into a submarine. It made its appearance in the 1977 James Bond film "The Spy Who Loved Me" and it became an instant celebrity because really, how often do you see a car that turns into a submarine?

Sadly, the Lotus Esprit S1 is kind of a rare commodity these days, let alone, an exact model that could turn into a submarine with several weapons to boot. Good thing, there's a Lego project out there that could do all of these things and you can help its creator turn his idea into a reality.

Toys for the big boys:

Found in the Lego Ideas website, you can vote for the Lotus "Wet Nellie" Esprit S1 project so it could stand a chance to become an actual Lego kit. All you have to do is to log on to the website, find the exact project, and click vote. It's that simple.

What's not simple is how the project was created, as the Lotus Esprit S1 is complete with a weapon system. Its engine has been replaced with a Graphene battery, so you'd better not submerge this Lego build under the water. Its nose, however, is equipped with three harpoon cannons and two Swordfish drones. Brilliant!