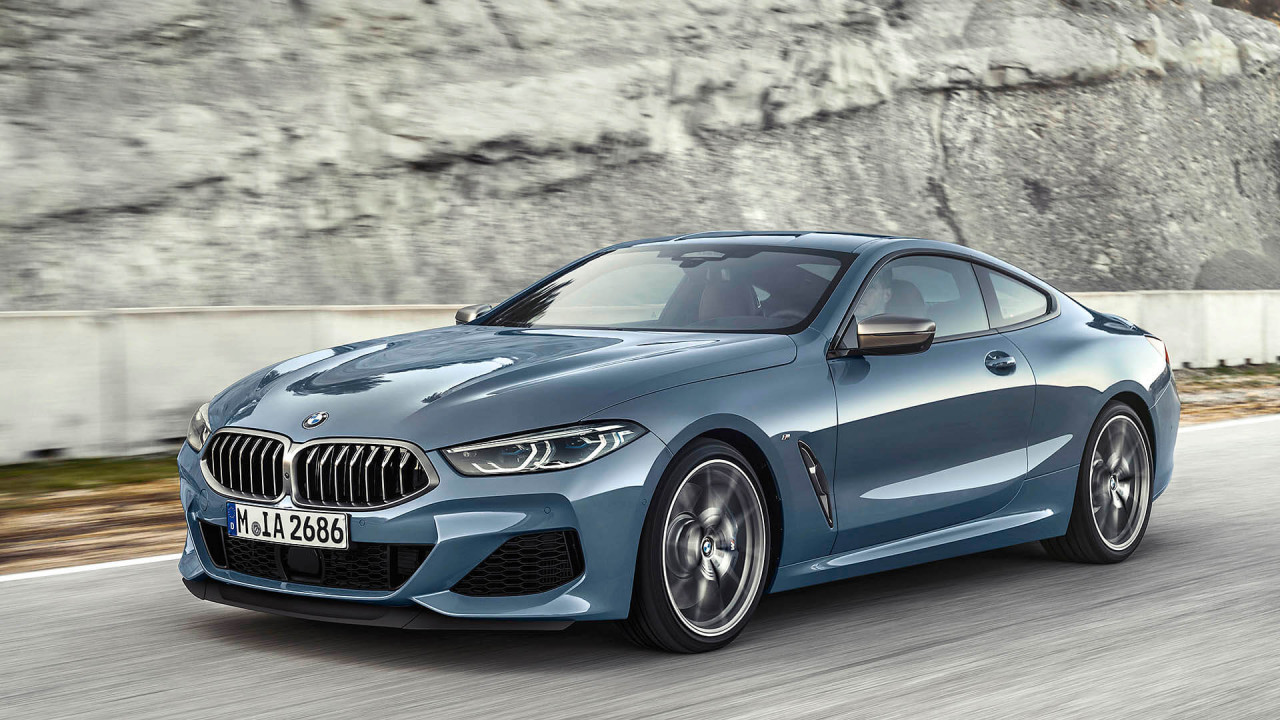 The new BMW 8 Series luxury coupe goes on sale this month with prices starting at just over £76,000.

Built to combine “sports car dynamics with luxury and refinement”, the Mercedes S-Class Coupe rival will offer a choice of two powerful engines and a range of on-board technologies.

More on the new 8 Series:

Here's How The New BMW 8 Series Compares To The Concept

The new model will also see the return of the renowned 850 badge, which is set to adorn the range-topping petrol-powered 8 Series.

If you’re only paying the £76,270 starting price, however, you’ll be looking at the entry-level 840d model. With a 3-litre straight-six diesel engine producing 315 bhp and four-wheel-drive fitted as standard, the 4.84-metre coupe can sprint from a standstill to 62 mph in 4.9 seconds, before reaching its electronically limited top speed of 155 mph.

However, because it’s a diesel, the 8 Series will return 46.3 mpg on the official economy test despite this performance.

Both engines come mated to an eight-speed automatic gearbox, which includes launch control and a system that uses satellite navigation data to adapt its gear shift “strategy”. When approaching a junction, for example, the car can change down through the gears to use engine braking to help slow the car down.

But not all the 8 Series’ features are under the skin. Both the 840d and M850i come with BMW’s latest design language, including angular ‘kidney’ grilles and wide air vents. At the rear, flat LED rear lights and trapezoidal exhausts have been fitted, while the front gets a choice of standard LED headlights or optional Laserlight headlights.

Inside, the 8 Series gets leather upholstery and electrically adjusted seats with a position memory function for both the driver and passenger. There’s a 12.3-inch digital instrument display for the driver, along with a head-up display on the windscreen, while the dashboard is topped by a 10.25-inch infotainment display with satellite navigation and mobile phone connectivity.

In the rear, there’s a 420-litre boot, which opens automatically with either the touch of a button or using a kicking motion under the rear bumper. And if more space is required, the rear seats can fold forward either together or individually using levers inside the boot.

But the technology in the 8 Series isn’t all as obvious as that. There’s a host of safety gadgets on board, including cruise control and autonomous emergency braking that will detect obstacles and brake automatically if the driver does not take avoiding action. The idea is that the car can either avoid the collision altogether or at least minimise the consequences.

There’s also a parking assistant that can select a parking space and then manoeuvre into it, taking care of the steering, accelerator, brakes and gear changes on behalf of the driver.