An Audi RS3 and Porsche 718 Cayman go head-to-head in a drag race. Which German sports car will come out on top?

It’s Saturday and what better way to start the weekend than with an epic drag race between two German rivals – the Audi RS3 and Porsche 718 Cayman. In their respective price ranges, there are quite a few cars to choose from, the other competitors being the BMW M2 and the Mercedes-AMG CLA 45 Coupe. In this must-watch video, an RS3 and 718 Cayman line up at a drag strip to take on each other in the quarter-mile.

The RS3 in the video seems to be slightly modified with a lowered ride height and aftermarket wheels. There’s no telling what has been done underneath the bonnet, but most likely an ECU flash if we had to take a wild guess. Judging by how loud the Audi is, the factory exhaust might have been ditched for an aftermarket unit for more flow and a better soundtrack to play from its potent 2.5-litre 5-cylinder turbocharged engine. 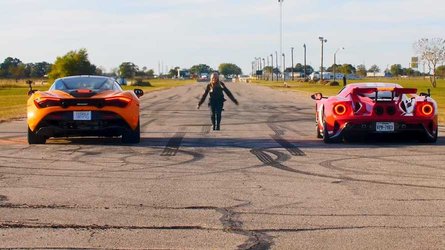 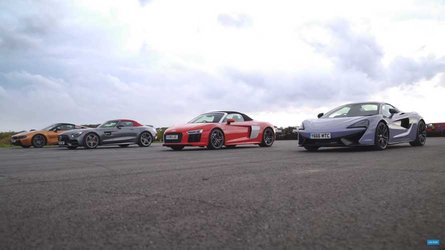 On the other hand, the 718 Cayman seems to be completely bone stock. Straight from the factory, the Cayman is built to take on any sort challenge on the road. In this case, it’s a straight-up drag race against its all-wheel-drive turbocharged sedan nemesis.

With the flash of the green light, the cars were off, but it appears that the Cayman driver fell asleep at the start or the RS3 got a slightly better reaction time. Whatever the case, the RS3 keeps pulling away for a bit, then the Cayman starts to catch up. At the end of the quarter-mile, the RS3 barely takes the win by the smallest of margins: four hundredths of a second. Can you say close? You might want to watch the race a few times just to be sure because we certainly did.