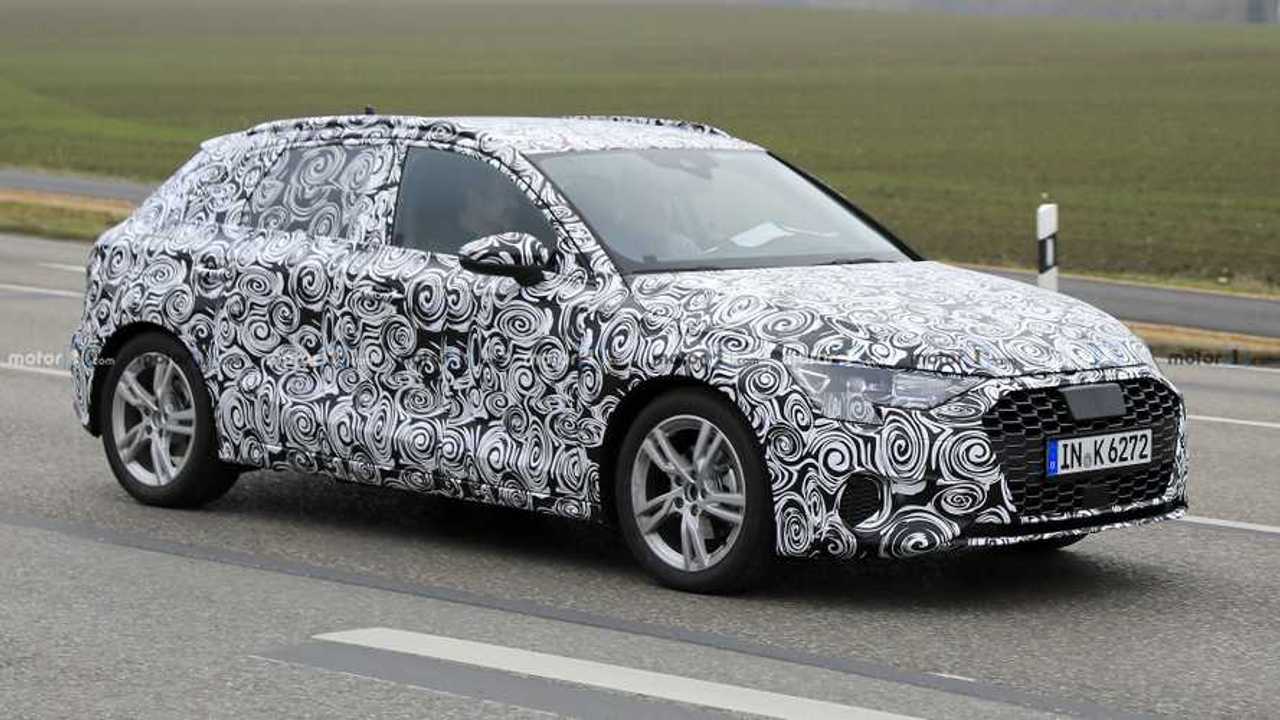 Despite the camo, it's pretty clear the new Sportback will feature Audi's fresh design language.

The fanciest compact hatchback from the Volkswagen Group is getting ready to make the transition to the fourth generation. Riding on updated MQB underpinnings, it will join the revamped VW Golf, SEAT Leon, and Skoda Octavia – which are all due around 2020. Looking at these new spy images, it seems the Audi A3 will be out first as the prototype appears just about ready to drop the disguise and reveal its production-ready bodywork.

While the styling won’t represent a significant departure from the current A3 Sportback, the test vehicle does have completely new headlights similar to those of the heavily related 2019 Q3 crossover. The taillights are also sharper than those of the outgoing A3 and have interesting graphics, although the camo gets in the way and we can’t see everything.

As with previous spy shots of the regular A3 and the hotter S3, we’re dealing with a five-door version of the compact hatch, which fuels rumours about Audi’s decision to drop the three-door model due to decreasing demand. There’s not much to say about the side profile since it looks awfully familiar, but there could be some subtle tweaks to the character lines to give the new model a fresh look only Audi fans will notice.

Since the current trend is to make cars bigger and bigger, we won’t be too surprised if the new A3 will grow in size. Better packaging brought by the updated MQB platform could free up more space inside the cabin, with a minor stretch of the wheelbase likely on the agenda. Considering the A1 Sportback is now 5.6 cm longer than its predecessor, Audi certainly doesn’t want the supermini to step on the A3’s toes.

Here's the hot hatch version in case you haven't seen it:

These next-gen compact hatchbacks from VAG are expected to feature updated versions of the familiar three- and four-cylinder engines, plus a plug-in hybrid powertrain. The much-criticised diesel engine isn’t going anywhere, so you’ll still be able to get a TDI-powered A3, Leon, Golf, and Octavia in Europe.

Audi hasn’t said when it will unveil the next-gen A3, but we could see it as early as March 2019 at the Geneva Motor Show or in September during the Frankfurt event.