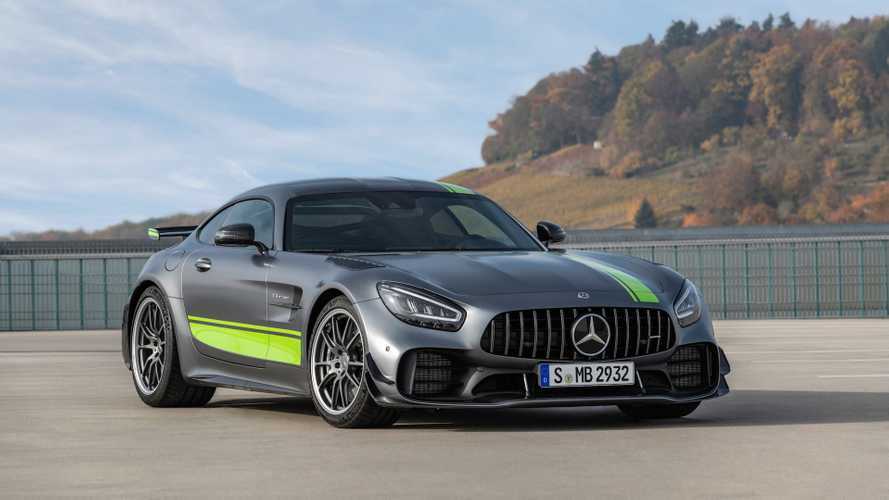 Camouflaged prototypes will be at the Nurburgring next summer.

Mercedes-AMG found a way to make the already intense GT R more hardcore through a series of race car-derived upgrades for the new PRO version unveiled yesterday at the Los Angeles Auto Show. Featuring extreme aero and hardware tweaks derived from the GT3 and GT4 models, the GT R PRO is right now the hottest member of the GT family, but Affalterbach is already working on something to top that.

Set to revive the Black Series badge, the ultimate version of the two-door coupe was confirmed back in March by Tobias Moers during an interview at the Geneva Motor Show. Fast forward to this week, AMG’s head honcho reconfirmed a new range topper is in the works, adding prototypes are already being tested on an undisclosed track. He went on to mention we will probably see these cars being put through their paces next summer at the Nürburgring and we’ll “easily recognise” them as the Black Series cars.

Moers didn’t go into too many other details, but it’s safe to assume the twin-turbo 4.0-litre V8 will be dialled beyond the 577 bhp of the GT R / GT R PRO. After all, the eight-cylinder engine can produce as much as 630 bhp in the four-door GT 63 S. It remains to be seen whether the Black Series will match that output since it might be too much for its rear-wheel-drive layout to handle compared to the 4Matic+ system of AMG’s Panamera rival.

With Mercedes’ go-faster division being quite busy with the F1-engined ONE hypercar, it does not come as a big surprise “it’s going to take a while” according to Moers until the GT Black Series will debut in production metal. Our money is on a release sometime in 2020 as a last hurrah for the GT’s current generation.