The cabin brings a vast improvement compared to the Rapid / Rapid Spaceback.

We are precisely one week away from the world debut of the all-new Scala and Skoda figured it’s the right time to show us its brand new compact hatchback a little bit more. Bound to replace both the regular Rapid and the Rapid Spaceback, the new model from Czech Republic is set to feature a nicer interior with better materials and a lot more tech.

Everything about the new Scala you might've missed: 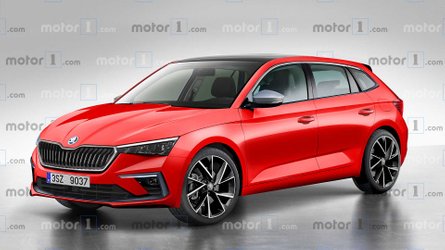 Skoda Scala rendered to take on the VW Golf 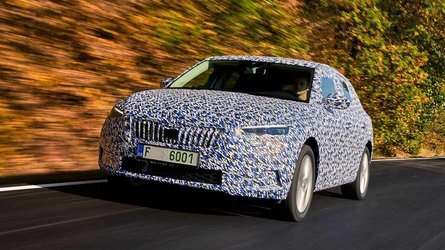 As you’d come to expect from official images released by a manufacturer, the Scala shown here is a range-topping version equipped with the optional DSG, leather upholstery, and dual-zone automatic climate control. That means it has all the bells and whistles, including an optional all-digital instrument cluster and a 9.2-inch touchscreen on the center console.

While current Skodas have the infotainment neatly integrated into the dashboard, the new five-door hatch will come with a tablet-style display we will likely see more in the years to come. Personally, I’m not a big fan of displays that stick out because they kind of look like an aftermarket setup, but moving them higher on the dash means fewer distractions since the driver won’t have to take his eyes off the road so often.

The big display in the middle of the dash has allowed Skoda to get rid of many physical buttons, which is why the interior has a straightforward configuration without the unnecessary complexity usually generated by cramming too many controls. While it’s technically an all-new car, it’s easy to notice some of the bits and pieces have been taken from other models. Take for example the steering wheel and the window switches, not to mention that “virtual cockpit” and the start/stop button.

Interestingly, Skoda has decided to stick with a traditional handbrake rather than using an electronic setup that would’ve freed up more space between the seats. Call me old-fashioned, but I prefer the lever over a tiny button.

The reveal is scheduled for December 6 in Tel Aviv, Israel ahead of a market launch planned for 2019. Skoda mentions it will livestream the premiere, so rest assured you’ll see it live on Motor1.com.