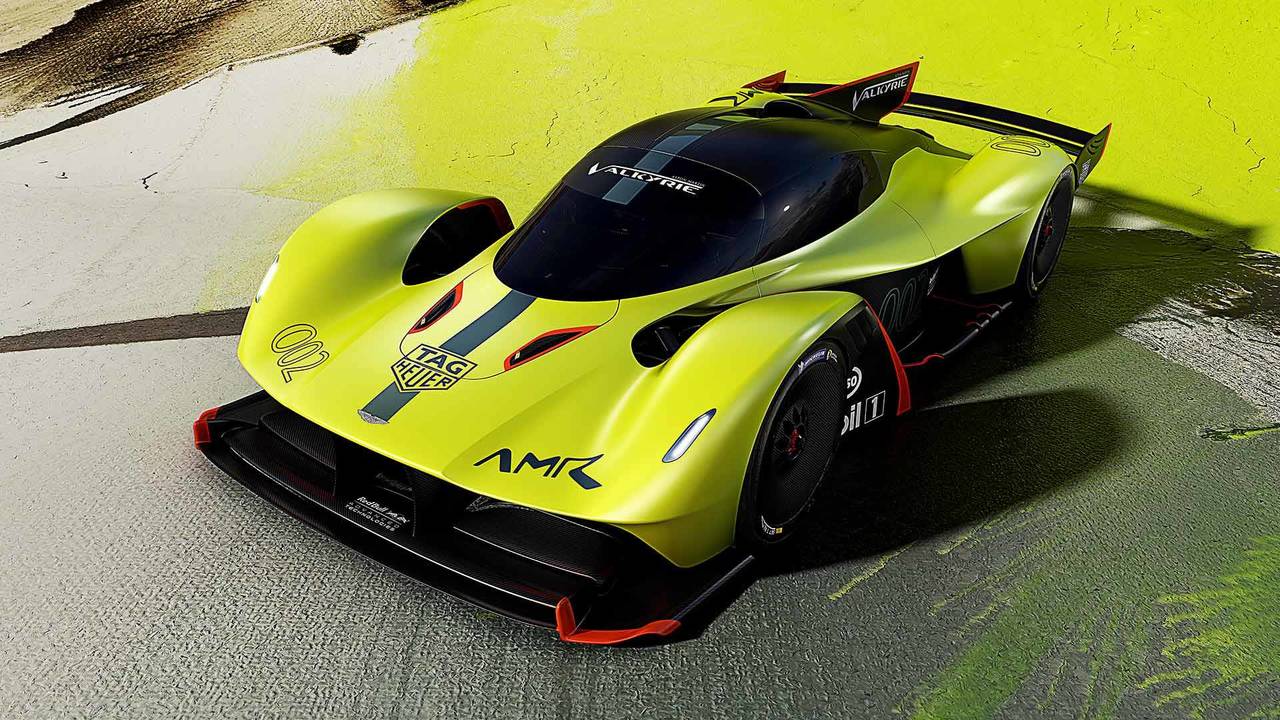 A third Valkyrie variant might be on the way.

We already know that Aston Martin is planning two versions of its bonkers Valkyrie megacar – a (not so) standard one, and a track-only AMR Pro version – but now there could be a third model slotting between the two we already know about.

Aston Martin Valkyrie is a 'diffuser on wheels' says Horner

According to TheSuperCarBlog, Aston Martin could be planning a 'Track Pack' version of the Valkyrie, which will be 'the standard car with more aggressive, aero focused body panels borrowed from the AMR Pro.'

Back to the Valkyrie AMR Pro – that version is expected to offer a boost in power for the 6.5-litre V12 engine, but we don't know if the track pack will, too. The Valkyrie Track Pack will be road legal, so an uprated engine might not be necessary, but there again, a standard horsepower figure of 1,130 bhp isn't exactly low.

What TheSuperCarBlog is reporting is that the Track Pack model could offer a lighter carbon fibre tub compared to the one already being offered to customers. So far Aston Martin has claimed that the car's dry weight will be a feather-light 1,000 kg, which for a modern day car of this size is remarkable.

The Track Pack could be offered within the 150-car production run (an additional 25 AMR Pro models will be built), or it could be an entirely separate run, but that would boost the build numbers of the car.

The Aston Martin Valkyrie has a who's who of automotive giants working on it. The car is being co-developed by the Red Bull Racing Formula 1 team, the engine is being produced by Cosworth – and is set to be the highest-revving road car engine ever; and electric hypercar maker Rimac is developing the car's hybrid system.

Pricing for the car hasn't been officially announced, but it is expected to cost in the region of £2 million for the 'base' model, with £2.5 million the mooted price for the AMR Pro version. Should the Track Pack see the light of day, you can expect it to cost somewhere between those figures, if indeed they are true. All have already been spoken for, though, so if you do have some spare change, you're out of luck.