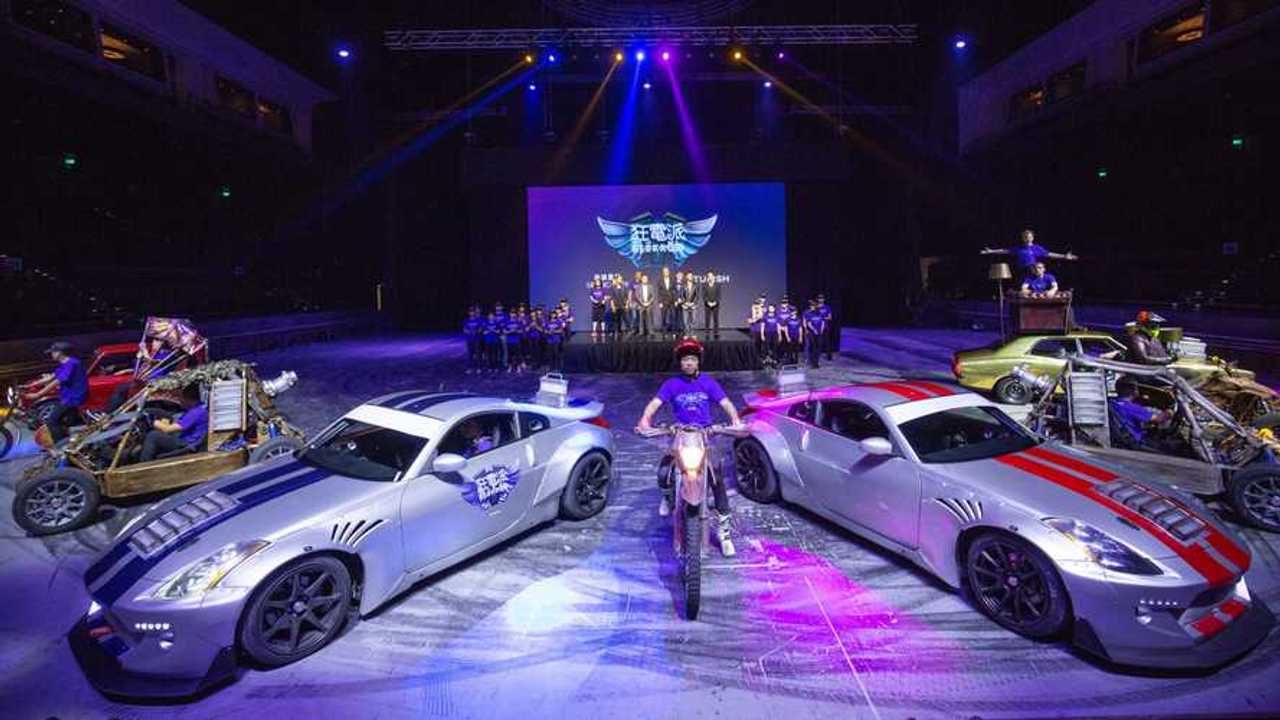 Elēkron will open in Macau next month.

It feels as if the big-budget car stunt show is a dying breed. Top Gear Live and Fast & Furious Live are no longer touring, while Disney's Lights, Motors, Action shut up shop a few years back with its French inspiration Moteurs Action set for the chop in the not too distant future as well if rumours are to be believed.

Thankfully, a number of similar shows have been popping up in China in recent years, and one in particular caught our eye. Elēkron isn't just a car stunt show, it's a car stunt show very much for today's motoring world. That's because it's the first show of its kind in the world to feature a cast (cast? Lets go with that) of all-electric vehicles.

There's more than 70 battery-powered vehicles in the show in fact, including sports cars, customised buggies, quad bikes, trials bikes, freestyle motocross bikes, and even a biplane. Every vehicle was custom built for the show on a Tesla platform, with custom-designed control systems. In terms of people power, 150 hand-picked people are working on the show, hailing from nine different countries all over the world.

The 75-miunte show, which is being hosted at Studio City, a glamorous entertainment resort, in Macau (above) is produced by renowned entertainment architects Stufish – which has worked on concert designs for Elton John, Madonna, Jay-Z, Beyoncé and Lady Gaga, as well as the 2008 Beijing Olympics opening and closing ceremonies.

"We are thrilled to combine Stufish's powerful entertainment background with Melco's impressive track record of delivering world class shows to create the perfect storm that will electrify the audience with our exhilarating new show Elekron," said Ray Winkler, CEO and Design Director of Stufish Entertainment Architects.

Frederic Winckler, Executive Vice President, Chief Marketing and Brand Officer of Melco Resorts and Entertainment added: "Powered entirely by electricity, Elēkron is a crazy, death-defying stunt show is nothing like you have ever seen before. The arena is filled with fireworks and pyrotechnics. Seventy wild post-apocalyptic cars, bikes and buggies are leaping over each other, as their drivers fight over the abandoned power station where the story's set."

"With the launch of Elēkron, we are going to bring a whole new audience, not just to Studio City, but to Macau. We will further enhance our already-rich portfolio of unique attractions following the tremendous success of The House of Dancing Water."

From Mickey Mouse to muscle cars