This is why The Grand Tour ended up at Amazon 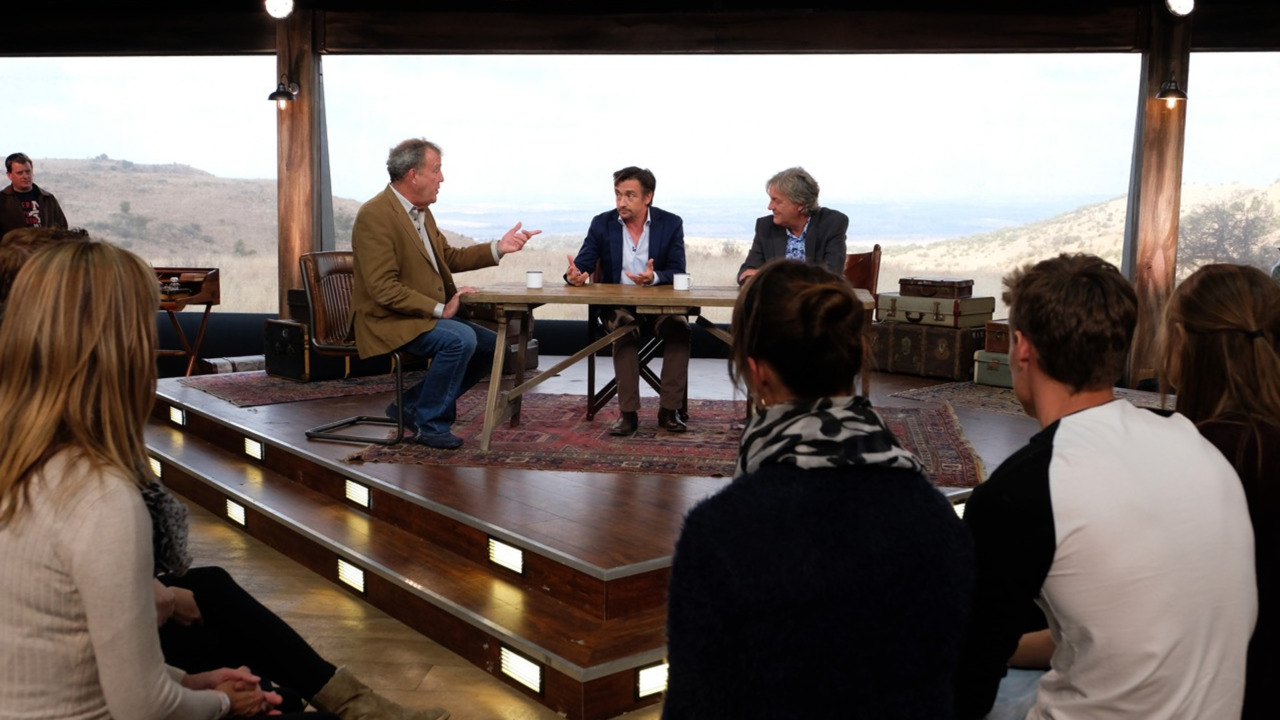 The Grand Tour's fifth (or in this case, fourth) Beatle reveals the secrets behind the show beginnings.

The Grand Tour producer Andy Wilman has revealed how the hit Amazon Prime show came to be after he, along with Jeremy Clarkson, Richard Hammond, and James May left the BBC.

All four left the British broadcaster in 2015, and went on to set up their own production company, W. Chump & Sons, which produces The Grand Tour for Amazon Prime, as well as being behind automotive media platform Drivetribe.

More on The Grand Tour:

The Grand Tour is the UK's second-most streamed TV show

Speaking of the team's switch from traditional media to Amazon's on-demand streaming service, Wilman said the move was the only way to ensure they kept the editorial freedom they enjoyed at the BBC.

"If we wanted to carry on working together we needed to be in a place where we could make our own show," Wilman said at the PandaConf Web Summit. "We needed editorial freedom because we'd always had that, and by editorial freedom I mean if you go to certain broadcasters, they have a tone – they will make you make a show that fits their channel, whereas Amazon and Netflix is a platform. You make the stuff, they put it out, so we knew at the back of our minds that the new world, which it was to us then, was where we'd have to go but we didn't know how to get there."

While The Grand Tour does resemble the iteration of Top Gear which preceded it, the show legally had to change some elements. One part was the studio, which instead was a touring tent for the show's first series.

"Legally, because we couldn't do Top Gear any more but we wanted something that had the same elements, we legally had to change things," said Wilman. "Jeremy had seen an episode of true detective where there was a tent with a sort of religious meeting and he said 'why don't we do that? Why don't we get a tent and then we'll move it around the world?'"

"So we go for our first meeting with Amazon and we're in the lift and our lawyer was saying to Jeremy 'don't mention the tent'," with the high costs of moving the show around the world deemed prohibitive. "So we go in and we're talking to Amazon and this guy goes 'have you got any ideas?'," added Wilman, revealing that Clarkson filled the silence with his left-field tent pitch, "and then it was off so Amazon bought into that so we had to do it."

The Grand Tour then did tour the world in its first series, and has been a global success, much like Top Gear was when Clarkson, Hammon, May, and Wilman were at the helm, but the quartet's worldwide appeal was never intentional.

"The person I've got to big-up the most on that is Jeremy because although he's known as a sort of very boisterous TV presenter, he's actually a print journalist at heart, so he's very focussed on attention span, editing himself and stuff like that," he said of Top Gear and The Grand Tour's enduring appeal. "So all the lightbulb moments that we came up with to reinvigorate the show were kind of his."