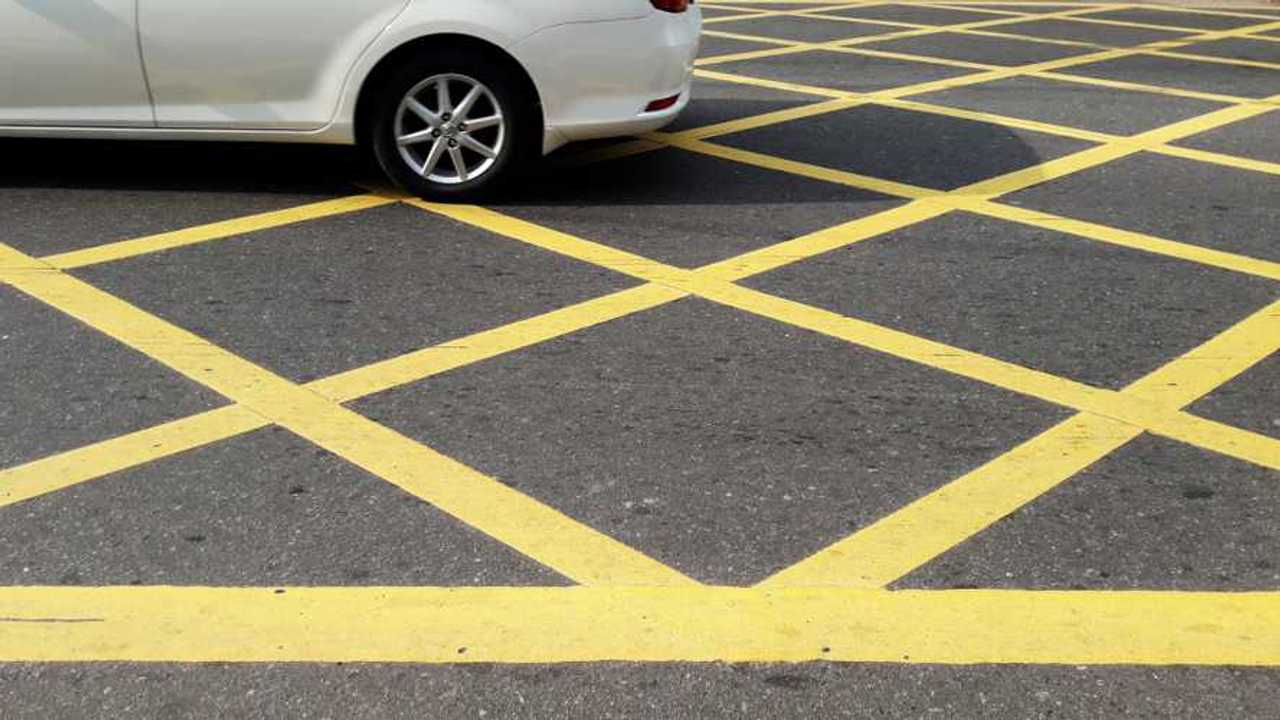 Only councils in London and Cardiff can enforce the yellow boxes with cameras, but that could change...

Eight in every 10 UK motorists will “struggle” to get through so-called ‘yellow box’ junctions without stopping, according to a new study.

Stopping in the ‘box’ of such a junction, which is marked out by an area of yellow lines, is a traffic offence that is punishable with a penalty charge notice (PCN).

However, a survey of more than 1,900 drivers by the RAC found that 67 percent of motorists find it hard to get through certain junctions without stopping, while 13 percent claim that this is the case for most intersections they encounter.

The same number (13 percent) claim every box junction is easy to navigate without coming to a halt.

Of those who said it was difficult to pass through the junctions without stopping, more than three quarters (78 percent) blamed poor traffic light sequencing that left drivers stranded in the yellow boxes.

A third (32 percent), meanwhile, said the fact that so many other drivers break the rules in this way caused them to have to do the same, while one in five (20 percent) said they struggled because the boxes were “badly designed”.

At present, only councils in Cardiff and London are able to enforce yellow box junctions with cameras, leaving the rest of the nation’s local authorities to depend on on-the-spot police enforcement.

However, the RAC says that dwindling police numbers have often resulted in “little or no enforcement”.

This has led to calls from the Local Government Association (LGA) to have camera technology rolled out away from the English and Welsh capitals.

While more than one-third of motorists (36 percent) supported the idea, saying it would reduce congestion, the same proportion said the technology should only be used at certain ‘problem’ junctions.

Motorists were also in favour of a more informal approach to penalties, though, with almost two-thirds suggesting that a warning letter should be sent in the first instance, with fixed-amount PCNs for further infringements.

RAC spokesperson Simon Williams said some drivers were concerned the “divisive” junctions could be used to trap or confuse motorists with “inconsistent application of the law”.

“Our research shows yellow box junctions are a very divisive issue with drivers,” he said. “While the majority are in favour of councils more widely being allowed to use cameras to catch offenders, there is a strong feeling that many junctions are not set up fairly, which leads to drivers having no choice but stop in them, whether that’s due to poor traffic light sequencing, poor design or being used in the wrong place.

“The RAC is generally supportive of local authorities having the power to enforce yellow box junctions because of the value of local knowledge, but has concerns that it could lead to local authorities being inconsistent in their application of road traffic law. There is also a risk that cash-strapped authorities may see it as a lucrative revenue stream.”