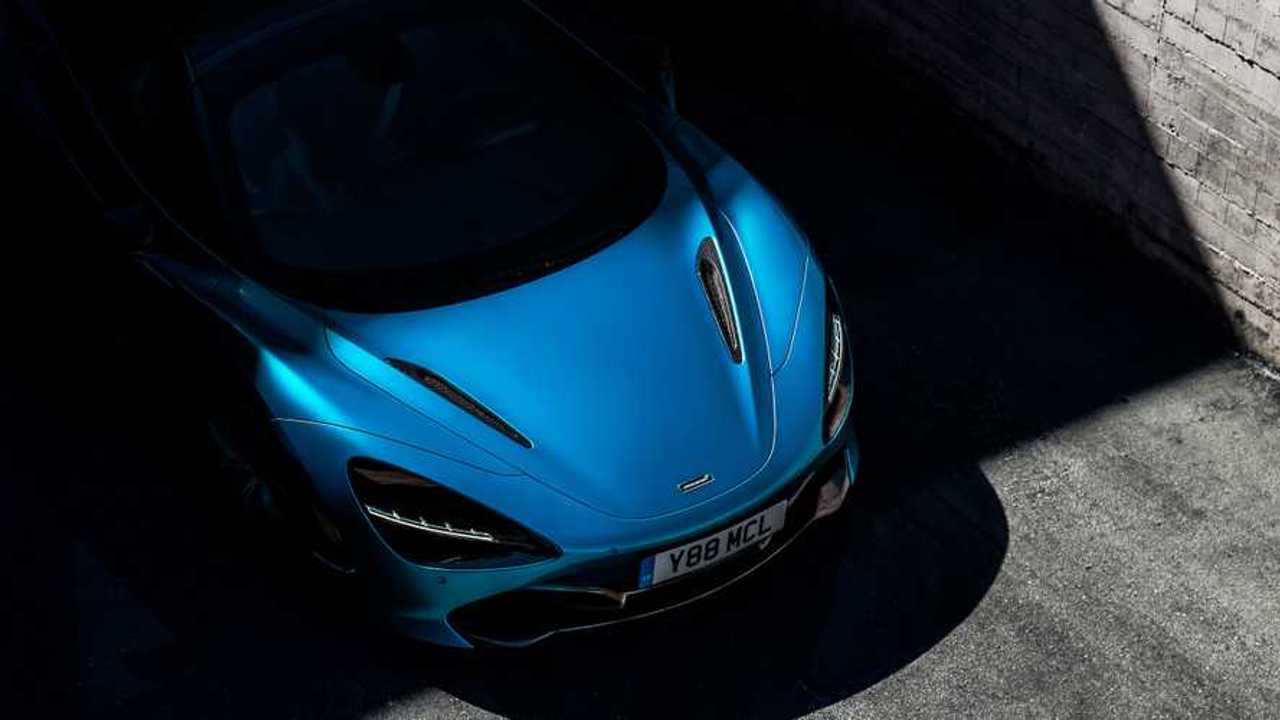 It will "raise the roof" during a livestream unveiling.

McLaren is teasing its next new model today with a short press release and some social media posts filled with thinly veiled double entendres. The new supercar will “raise the roof” at its reveal next month, where “more light will be cast” on it. Even McLaren’s "some see more" catchphrase figures into the identity of this model. Could it be the 720S Spider? Yes, it most certainly could.

We were tipped off last month that a topless 720S was imminent. The automaker let slip with a couple design registration renders showing the car with what appeared to be folding hard top. That theory is further confirmed in the teaser video McLaren shared on social media, as from a distance we can see what looks like a hard roof versus a fabric top. If the renderings are accurate to the production car, the 720S should be quite the looker with the roof removed.

Unfortunately, no other details are known at this time. Adding a removable roof invariably adds weight, and we’re not sure if McLaren will offer any power increase to compensate. The 720S already packs 710 bhp from a twin-turbo V8 that many people think is underrated, so even if the topless models soldiers on with its existing powertrain, it won’t be slow by any means.

Can anything beat the 720S in a race?

Technically, there’s no official confirmation that this new reveal will actually be a 720S Spider, but in light of overwhelming evidence we feel pretty confident in making the assumption. The new machine will be the second in McLaren’s planned Track25 business plan, which calls for a variety of new models to be released between now and 2025. Should this teaser not represent a topless 720S we’ll be ready to eat some humble pie, but all will be revealed on December 8. Either way, it should be quite a show.

A new McLaren supercar is set to raise the roof next month as the British creator of luxury sportscars and supercars reveals the second model in its £1.2bn Track25 business plan.

The first was the McLaren Speedtail, a hybrid ‘Hyper-GT’ that will join the company’s Ultimate Series with a central driving position and the fastest top speed of any McLaren yet.

More light will be cast on the new McLaren supercar when it is revealed online at 20:10 GMT on Saturday December 8, 2018.  Follow https://cars.mclaren.com/some-see-more to watch the story unfold.