2019 Renault Clio refuses to take some of the camo off 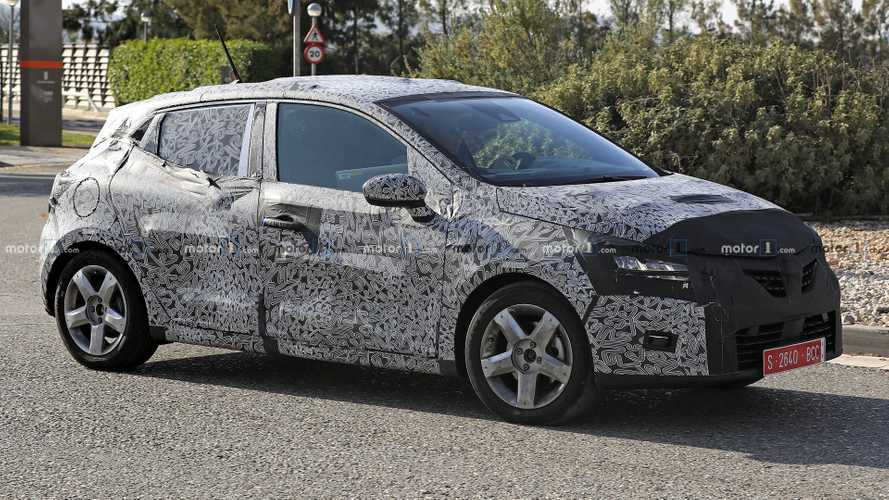 Like them or not, the "hidden" rear door handles are staying, and so are the drum brakes.

The revamped Renault Clio was a no-show last month in Paris, but as the saying goes, good things come to those who wait. The company with the diamond logo still hasn’t announced when exactly it will take the wraps off its fifth-gen supermini, but at least we do know for sure it’ll be out early next year. That leads us to believe the public debut is slated to take place at the beginning of March during the Geneva Motor Show, following a probable online reveal a few weeks sooner.

Until then, feast your eyes on this prototype carrying what looks to be the final body as well as the production-ready headlights and taillights. The cutesy B-segment hatchback will retain the “hidden” rear door handles mounted up high near the C-pillar in an attempt to enable a cleaner look, although we’re sure not all people are fans of this setup.

Once the camo will come off, the new Clio is expected to adopt a more grown-up look with design traits inherited from the larger Megane combined with cues from the radical 2017 Symbioz concept. Inside, the Megane vibe will continue as the centre console will eschew many of the traditional buttons to make room for a large portrait-oriented touchscreen.

Riding on the same CMF-B platform as the latest Nissan Micra, the Clio V is going to be offered with a newly developed turbocharged 1.0-litre petrol engine replacing today’s 0.9 TCe. More expensive versions will come with a beefier 1.3-litre unit co-developed with Mercedes and already used by the new A-Class and B-Class. The engine lineup will also include the familiar 1.5-litre diesel, which is set to be followed by a mild hybrid variant later in the Clio’s life cycle. In 2020, a plug-in hybrid powertrain will allegedly be introduced.

Here's how we think it will look:

Renault has promised to make the overhauled Clio one of the most technologically advanced models in its class, and one way to reach this goal is to implement a semi-autonomous driving system. We’re also expecting some of Megane’s toys to trickle down to the smaller hatchback to make Renault’s new supermini a worthy adversary for VAG’s Polo, Ibiza, and Fabia trio.